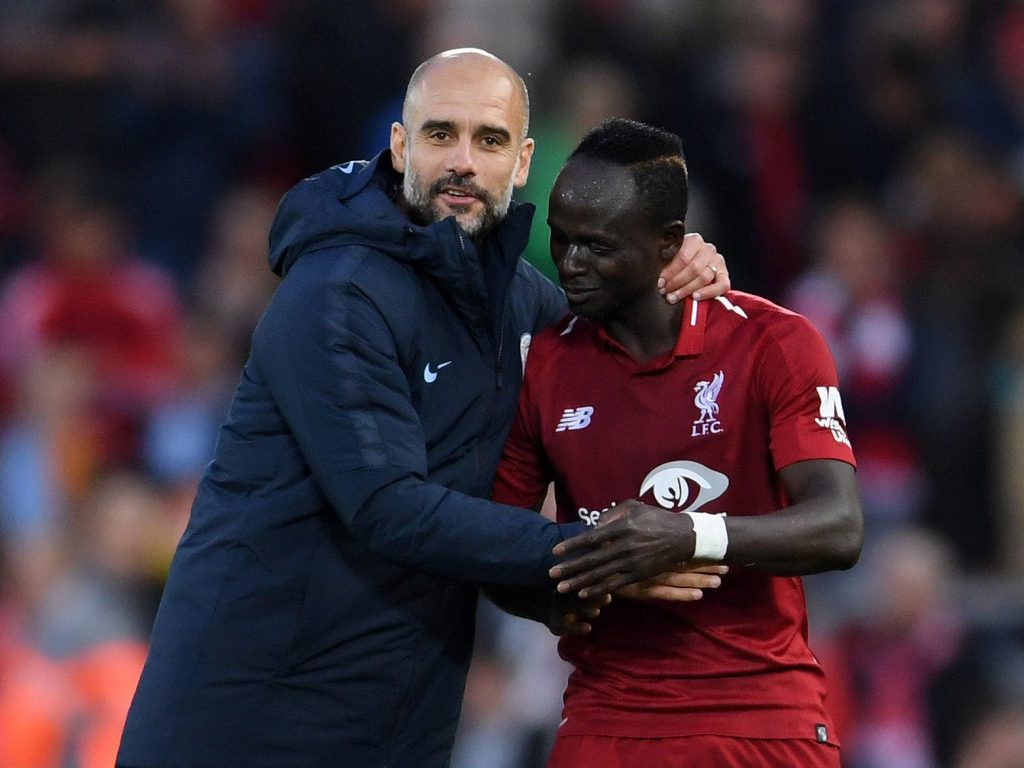 The Premier League title race turned things up a notch on Saturday when contenders Liverpool and Manchester City both came back from being a goal down to win their respective games against Aston Villa and Southampton at the last minute.

While the defending champions avoided a scare from Ralph Hasenhutl’s men with Sergio Aguero and Kyle Walker’s late goals, Jurgen Klopp’s side mounted an extraordinary comeback to maintain their six-point lead over the Citizens.

After losing the game for 86 minutes, goals from Andy Robertson and a last-gasp header from Sadio Mane won them all three points before the crucial tie against City at Anfield next week.

Pep Guardiola was visibly impressed at Liverpool’s impressive comeback win, but took time to lodge a cheeky jibe at the Liverpool winger for his diving antics.

Mane was actually booked against Villa for simulation after going down blatantly inside the box looking for a penalty. It seemed like Pep had taken notice of that and mentioned his history of getting booked for diving after the game.

He told BBC Sport, “It has happened many times, what Liverpool have done, in the last few years, it’s because [Mané] is a special talent.”

“Sometimes he’s diving, sometimes he has this talent to score incredible goals in the last minute. He’s a talent.”, he furthered stated to put a nasty jibe at the Senegalese international after the game.

But the Spaniard did not deny Liverpool’s brilliance knack of coming back from deficits to win games and lauded their strong character for being able to pull it off repeatedly.

When talking about their late goals and comeback, he explained, “If it’s one time, two times, ‘we were lucky, we were lucky’, but it happened in the last two seasons many, many times – they have a special character to do that.”

Guardiola acknowledged their impressive start to the season and undefeated run in the Premier League so far, but seemed ready to go break their streak when his side travels to Merseyside next week.

He said, “We look at ourselves, we know which team we face, I think they have won 10 and drawn one. Next week we go to Anfield to try to play them.”

Guardiola obviously doesn’t have the best record against Liverpool, having never won at Anfield as Manchester City manager. A few weeks ago, he touted the Reds as being “unstoppable” right now but needs to find a way to win to close the gap at the top.

With Liverpool having a formidable record of being 45 league games unbeaten at Anfield, breaking them at their own yard is a formidable task. But with the talent Manchester City have, a special match could be on the cards on Sunday.