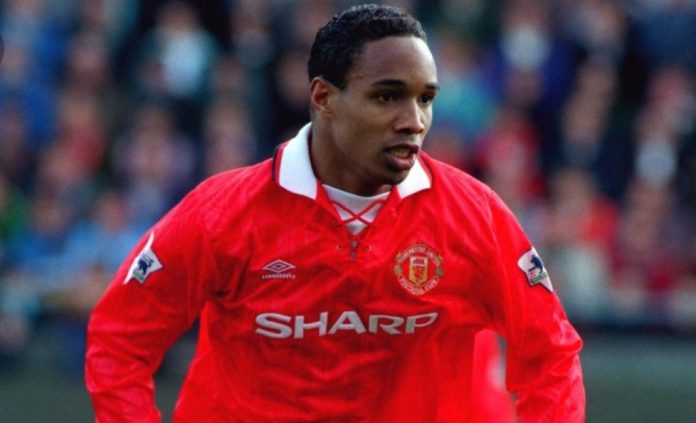 Former Manchester United star Paul Ince, has had his say on who should be the new man in charge at Old Trafford.

Following the sacking of Jose Mourinho, Ince was keen to suggest who should be installed as the club’s next boss.

The 51-year-old was certain who he thinks should get the job, by suggesting one of his former team-mates. He told paddypower:

“If you’re picking someone for the caretaker manager, I believe they’d got to have managed previously and have a deep understanding of what it means to be at Man United.

It’s got to be someone who’ll galvanize the players, and someone who they’ll respect. It seems there was a lack of that under Mourinho.

They have to have the character and presence to put demands on the players, at the minute they’re seemingly doing what they like. It has to be someone who understands what it takes to turn the club around.

Bruce would be an interesting appointment. The former centre-back, spent nine-years of his playing career at Old Trafford, so he knows the club well.

On a managerial level, he has managed no fewer than nine different clubs. His most recent role was with Aston Villa, a position he left following his sacking just over two months ago.

Bruce’s experience could prove vital if he was to takeover on a temporary interim basis. He knows all about what the Premier League has to offer. United could do a lot worse than appoint the former Birmingham City boss.

He does lack experience at the very top though. Despite twenty-years in management, Bruce is more well known for beating the drop, or getting teams promoted to the top flight, than competing for major trophies. Although, he did take unfancied Hull City to the FA Cup Final in 2014.

When, we’ll find out who is taking over the reins

United are expected to make an announcement within the next 48 hours. Plenty of names are in the frame for one of the biggest jobs in football. The truth of the matter is, they are unlikely to ever find a replacement for the legend that is Alex Ferguson. For now though, the club needs the right man to achieve stability.

The whole structure needs to be looked at Old Trafford. Fans have never been particularly happy with the Glazers. Also, Ed Woodward is very much in the firing line. After all, he is the man responsible for transfers at the club. Marketing seems to have taken over his thought process, instead of the more pressing issue of building a successive team.