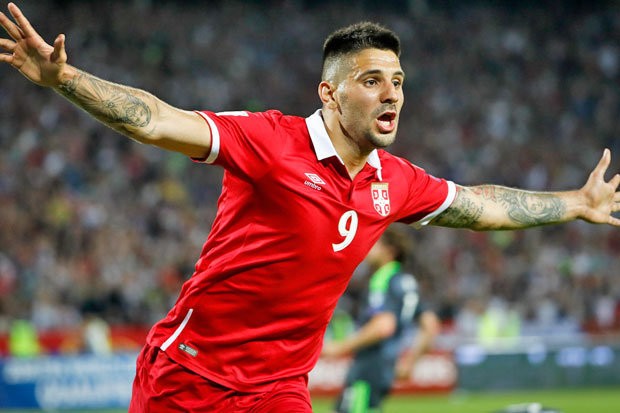 Aleksandar Mitrovic is on fire now and some Newcastle United fans want him back at the club.

The 23-year-old wasn’t given proper chance by Rafael Benitez and the club sold him in the summer to Fulham for a fee in the region of £27million.

He has been in excellent form for newly-promoted Fulham this season and has scored four Premier League goals in four matches already.

He has carried the good form for his country as well and scored an exquisite brace for Serbia but could not help his country overcome Romania as the two sides drew 2-2.

Many Newcastle fans are asking on social networking site Twitter why the club decided to sell the former Anderlecht striker without giving him a proper chance.

While the Magpies fans adore Benitez and trust their manager, there are some Newcastle fans who believe the Spaniard got it wrong with this transfer decision.

There are some Newcastle fans who want the striker back at the club. Here are some of the selected tweets:

So, this Mitrovic fellow, he may be worth a look in January. #nufc

Should have just played him.he is miles better joselu.dury out on rondon , havent seen enuf yet

When will certain Newcastle fans admit that both they and rafa got it wrong with mitrovic??
The lad clearly had talent but was only given 10 minute run outs here and there under rafa.
Scoring for fun since he left #NUFC #mitro

That Mitrovic kiddy looks good, as does Thauvin. We should sign them nufc ?

And Mitrovic proving him wrong ?