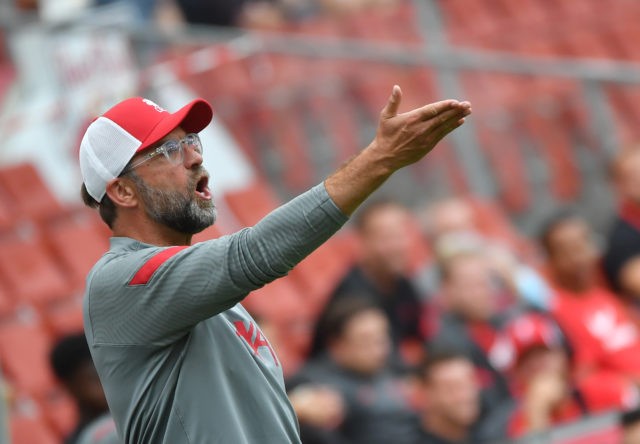 Liverpool will take on Leeds United in the opening game of the brand new 2020-21 Premier League campaign at Anfield on Saturday.

The Whites secured their promotion to the Premier League last season after securing the Championship title under Marcelo Bielsa. They are making a comeback to the top-tier of English football after a gap of 16 years.

The Premier League champions, on the other hand, will be looking to become only the fourth team to defend their league title, but the Reds are expected to face strong competition from the two Manchester clubs and Chelsea.

Ahead of the match, former Liverpool striker turned popular football pundit, Michael Owen has shared his prediction for the game.

Owen says Marcelo Bielsa’s side are entertaining to watch. He feels it will be an entertaining game between the two old rivals, but he fancies Liverpool to come out on top with a 3-1 victory.

“It’s always a tricky way to start a new campaign but on this occasion I don’t think the fixture should hold too many fears for Liverpool,” Owen told Bet Victor.

“I am really looking forward to watching Leeds this season as I love the way they go about their business and I think one thing we can guarantee with Marcelo Bielsa’s team is entertainment.

“I am actually going for an entertaining game in this clash of old rivals but fancy Liverpool to come out on top with a 3-1 victory at Anfield.”

It’s been once again a quiet summer transfer window for Liverpool, with Greece left-back Konstantinos Tsimikas being the only signing made by the club so far.

Leeds, on the other hand, have been very impressive in the transfer market. Rodrigo and Robin Koch have arrived as Leeds’ two most high profile additions and the club are working on to bring more new faces.