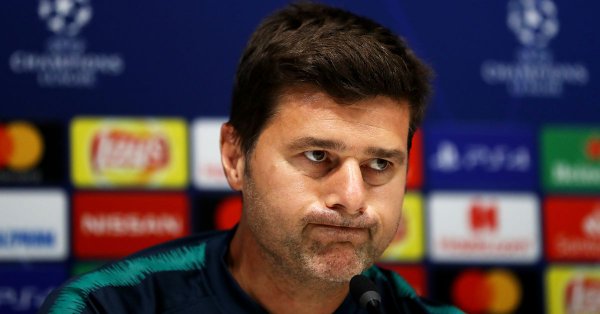 Spurs once again have made a poor start to their Champions League campaign, having drawn their opening game 2-2 against Olympiakos.

After the game, Mauricio Pochettino said he was very disappointed with the result. And rightly so. Spurs took the early lead through Son Heung-min and were on level terms until just before half-time.

However, a shocking performance in the second half saw the home side conceding six goals. Pochettino admitted that it was going so well for them in the first half, and nobody expected this result.

When asked what he told the players after the game, Pochettino responds, as quoted by Football London:

“It’s difficult to talk now. I say nothing. It’s a moment to stay all together. You can imagine that we can’t talk now because it’s a situation where we need to be calm first. After that we will talk tomorrow, not today. Today is a moment where we all know how we feel, very disappointed. The feelings of course are not so good. Now it’s a moment to be calm and not make a mistake. After a result like today it’s very important to stay calm. We are not going to fix anything by shouting or talking now when the emotion is on the skin.”

Spurs haven’t been at their best this season, and it remains to be seen how quickly they can bounce back from this defeat. The north London club will face Brighton next in the Premier League clash on Saturday.