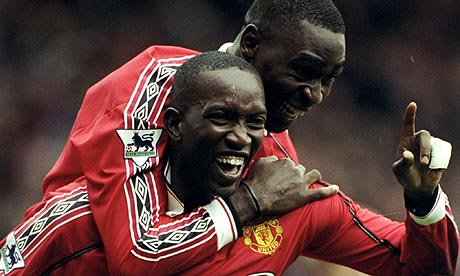 The chance to see Manchester United and Real Madrid legends from yesteryears is one that does not come along very often. However, a clash between two of the biggest clubs in world football is set for June 2nd, with legendary figures from each side’s history set to don their boots once more.

The charity game will be played at Old Trafford in aid of the Manchester United Foundation – a local organisation that works in disadvantaged areas to educate – motivate and inspire young people. The game will have a certain grudge match feel, after the Spaniards won the corresponding fixture last summer 3-2 at the Santiago Bernabeu.

Recognisable Manchester United faces on show will be the ever-dependable Denis Irwin and the deadly attacking duo of Dwight Yorke and Andy Cole. Real Madrid will field the likes of Emilio Butragueno, Amancio Amaro and Manolo Sanchis.

A music concert will be played on the Old Trafford pitch beforehand, again with the aim of raising funds for the foundation.

For your chance to see top players from the past play or for more information visit the official Manchester United website at http://www.manutd.com/en/legendsareBack.