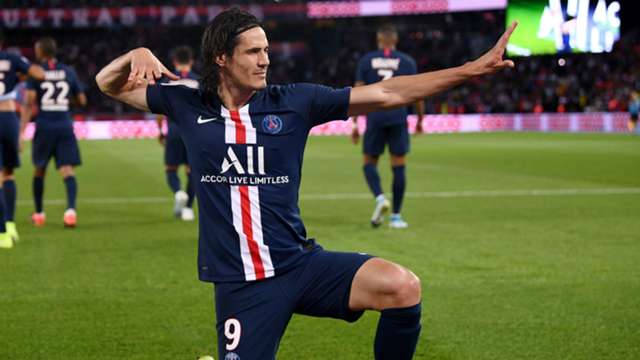 Manchester United have opened talks with free-agent Edinson Cavani over a potential move to the club, a report from The Daily Mail claims.

The Red Devils have experienced a quiet transfer window and they have recruited just one player in midfielder Donny van de Beek from Ajax.

Ole Gunnar Solskjaer is said to be keen on bolstering the attack before the transfer deadline on Monday and so far, they are not close to signing anyone.

Borussia Dortmund’s Jadon Sancho has obviously been the top target to the club, but a deal appears unlikely after their reluctance to meet the £108m price tag.

It has now emerged that the Mancunian giants have opened discussions with Cavani, who is out-of-contract after leaving Paris Saint-Germain at the end of June.

Cavani has been linked with the likes of Atletico Madrid, Benfica and Inter Miami this summer, but none of them have matched his £210,000-a-week wage demands.

United have the financial muscle to meet his expectations and it is reported that the former Napoli man is looking for a two-year deal.

Cavani has been a quality striker over the years and he has netted 20 or more goals in nine of the previous 10 campaigns.

His worst season, however, came last term where he netted only seven goals and struggled with injuries at different stages of the campaign.

At 33, he is no longer at the prime of his career and could be a risky signing for United, particularly with his fitness issues over the past year.

On the other hand, it can’t be ignored that he is a proven goalscorer and could make valuable contributions, if he is able to remain unscathed.