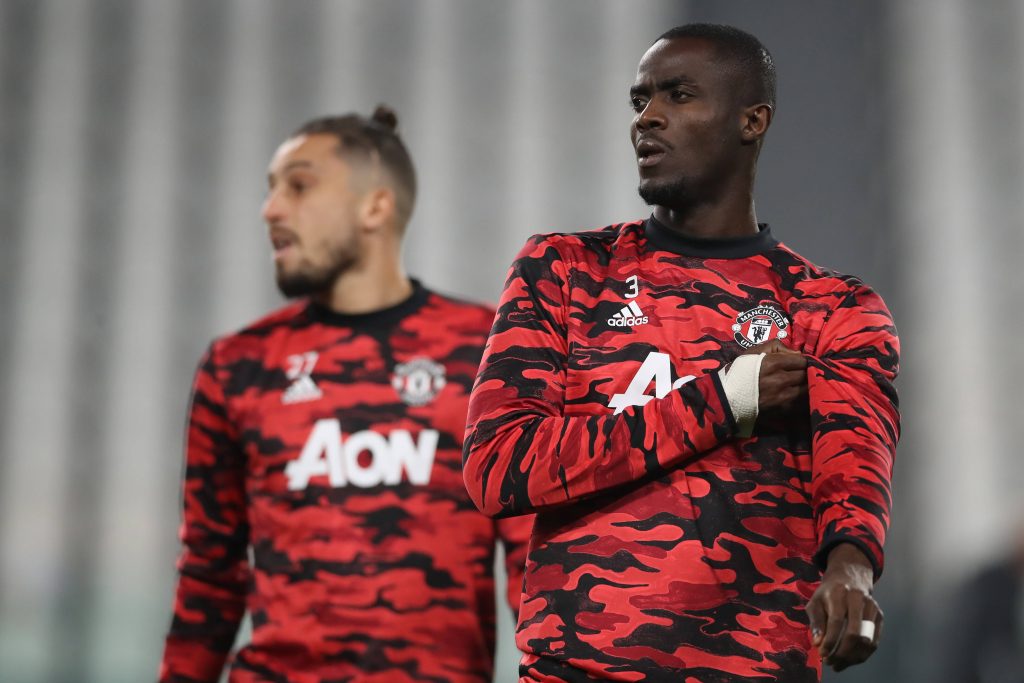 Bailly joined Manchester United in 2016, signing from Villarreal in a £30 million deal.

Despite signing five years ago, the Ivorian has only managed 100 appearances due to several injury problems.

In total, Bailly has been absent for 98 United games throughout his Old Trafford career.

The latest problem comes in the form of COVID-19, with the defender testing positive for the virus during the international break.

Providing an update on Bailly’s fitness, Solskjaer confirmed on Friday that the Ivorian could return to training at the weekend.

“Eric has been isolating back home in the Ivory Coast – he’s back to England now, and we hope he can be available for the weekend,” Solskjaer explained, as quoted by the Independent.

“Hopefully, he can train tomorrow, depending on how he feels within himself. He’s had his tests today, so we need to get the confirmation that he’s still negative.”

With Bailly’s contract set to expire in the summer of 2022, there has also been talk surrounding a potential extension.

Now, Solskjaer has confirmed that United have opened contract talks with Bailly.

“I know there’s been speculation,” Solskjaer continued. “We’re talking to him about his contract, so I don’t see any issues really.”

There has been a lot of talk about Harry Maguire’s ideal partner of late.

Victor Lindelof impressed against Granada on Thursday, having assisted Marcus Rashford with a sublime pass in the first leg the week before.

However, many will question whether he is the long-term answer for United’s defence, with Raphael Varane being linked with a move to Old Trafford.

Despite that, Bailly could provide the answer if he can stay fit.

Before his injury, the Ivorian had impressed, and his recovery ability was pivotal in a lot of situations.

Should Bailly stay fit after his return this weekend, he could give Solskjaer a welcome headache in the centre of his defence.