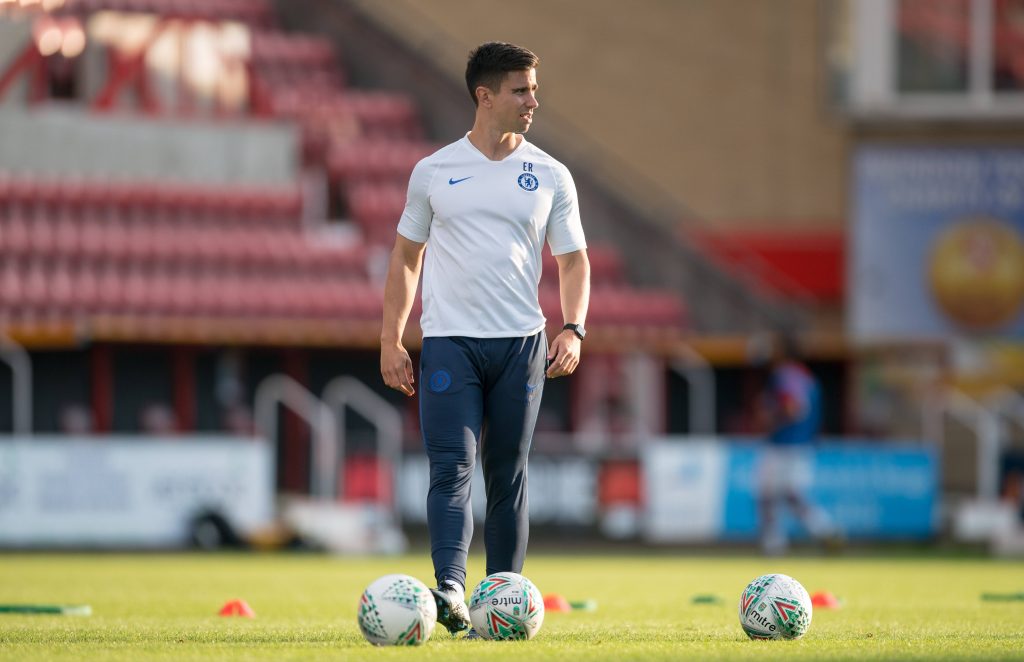 According to James Ducker (The Telegraph), Ramsey has been tasked with rectifying a vulnerability at defending free-kicks and corners.

Only Leeds United conceded more goals from set-pieces than the 14 shipped by Ole Gunnar Solskjaer’s side last season, and it was an issue the manager was determined to address.

Ramsay was poached from Chelsea, where he spent the past two seasons as an under-23 coach.

He worked previously at Shrewsbury Town and Swansea City and arrives partly on the back of a recommendation from first-team coach Kieran McKenna, with whom he spent time at Loughborough University.

The former Bolton Wanderers and Hull City defender, Sam Ricketts, studied for his UEFA Pro Licence with Ramsay via the Welsh FA before they ended up together at Shrewsbury.

He believes United have appointed a bright, highly personable and talented young coach whom the players will naturally warm to and respect.

“His personality is the big thing,” he said. “He’s a people person.

“He’s a very rounded individual who won’t be fazed by anything but who will be very attentive and detail-driven in everything he does.”

“It’s not just the sessions you plan – it’s how you conduct yourself, how you drive them with your tone of voice and manner, and that’s what he does really well.”

“He’s got a good coaching manner and the personality to engage with players.”

#mufc training-ground source on set-piece coach Eric Ramsey: "He’s a great young coach, ultra-bright with really good communication skills and a whizz with technology and you can already see the benefit of him speaking other languages." #mulive [@TelegraphDucker]

Solskjaer has been particularly worried about United’s susceptibility when they failed to make the first contact at corners or free-kicks.

This is one area in which his new specialist will be expected to drive improvement.

Ramsay’s fluency in French and Spanish will allow him to communicate with foreign players easily.

The club believes they are assembling a talented pool of young coaches, with McKenna, Ramsay and Justin Cochrane, who can form the crux of United’s success in the coming years.