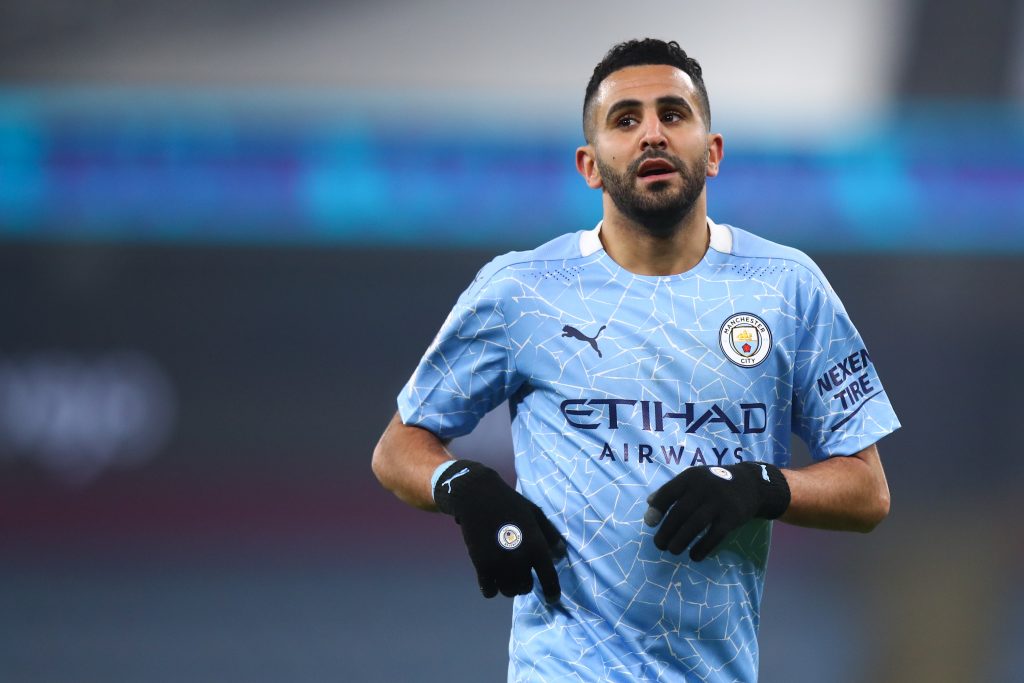 The Algeria international had gone into the game in a good run of form with a goal or an assist in each of his previous three Premier League appearances.

He produced another top-notch showing against Nuno’s side where he was involved in three of the four goals scored by the Cityzens.

The 30-year-old produced a delightful pass in the 15th minute which led to Leandro Dendocker’s own goal as he tried to intercept the ball ahead of Raheem Sterling.

Prior to the interval, Mahrez delivered a cross which was headed home by Aymeric Laporte, but the goal was chalked off by VAR for offside by the finest of margins.

Wolves scored against the run of play on the hour mark after Conor Coady bagged his maiden top-flight goal with a diving header past Ederson.

It looked like Wolves could hang on for a valuable draw until the Cityzens came up with three goals in a 10-minute salvo at the end.

Mahrez played in the build-up of the second goal with a key pass for Kyle Walker, who crossed the ball into the box for Gabriel Jesus to convert.

In the 90th minute, Mahrez capped off his sublime performance with a goal of his own before Jesus netted his second of the game.

There was recently plenty of speculation over Mahrez’s future with Algeria manager Djamel Belmadi stating that the attacker was unhappy with his game time.

Mahrez has been able to turn it around since and has four goal contributions in the past four league games. He should be in line to start the Manchester derby on Sunday.

Here are some of the fan reactions after his performance.

Really enjoyable game tonight. Mahrez was outstanding, one of his best games for us. Roll on Sunday!

Mahrez won us the game. He's really a top class signing for us but some City fans won't think the same way. Algerian Prince deserves more from us. pic.twitter.com/5xqTNj2yxt

The victory over Wolves extended the Cityzens’ winning streak across all competitions to 21 matches.

The club have also matched their record unbeaten run (28) which was achieved between April and December 2017.

They are now 15 points clear at the top of the table, although Manchester United can reduce the deficit with a positive result at Crystal Palace tonight.

Ahead of the derby, the momentum is definitely on the Cityzens’ side. They will be aiming to end their three-match winless league streak against United.

In other news, Manchester City are prepared to make an approach for Bundesliga striker regardless of Pep Guardiola’s toxic relationship with his agent.