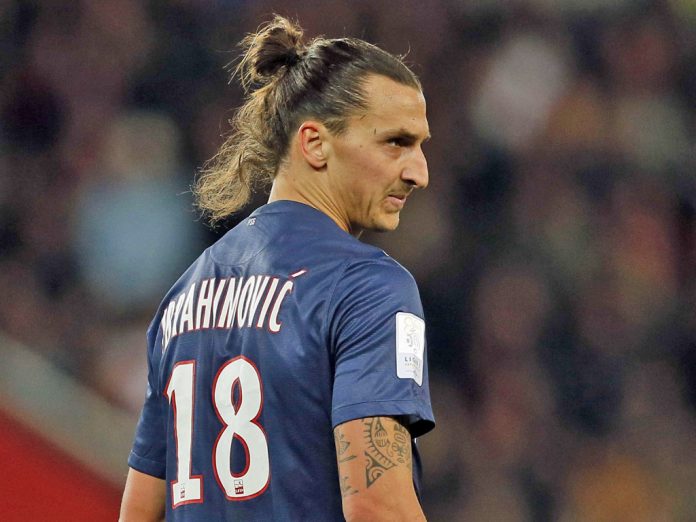 Last season’s Premier League runners-up are planning an audacious attempt to lure Swedish international forward Zlatan Ibrahimovic to the side this summer.

No official bid has been made from Manchester City, but talks are expecting to be undertaken in the coming week. His asking price is said to be around £10M.

The 31-year old, currently at Ligue One champions Paris Saint-Germain, has expressed his discontent with manager Laurent Blanc over the pursuit of Napoil striker Edinson Cavani. Ibrahimovic feels his first-team place in the side could be taken up by the Uruguayan goal-machine, and is subsequently considering offers elsewhere.

With the emergence of newly-promoted Ligue One side AS Monaco, Paris Saint-Germain have been desperate to bolster their side to keep themselves in contention with their closest title rivals.

Last season saw the Ligue One title go to Paris Saint-Germain – with Ibrahimovic finishing the season as Ligue One top scorer on 30 goals. The 31-year old was named Player of the Year, and was also named in Team of the Year for the 2012/13 season.

With a career total of 280 goals in 554 games, it’s not hard to see why Manchester City still regard Ibrahimovic as potentially a great asset to the side. City manager Manuel Pellegrini has long-admirer the six foot five forward, and feels he still has plenty to offer at the top level.

Representing Sweden on 90 occasions, and scoring 41 goals, Ibrahimovic is highly regarded as among the best strikers in the world. However, one country he hasn’t proven his worth is in England. The Premier League have come-a-calling for the 31-year old before (in the shape of Arsenal in 2000) and he turned down their advances.

But this summer could see a big-money move persuade him to finally come to England and showcase his skills potentially for the last time at the top level.