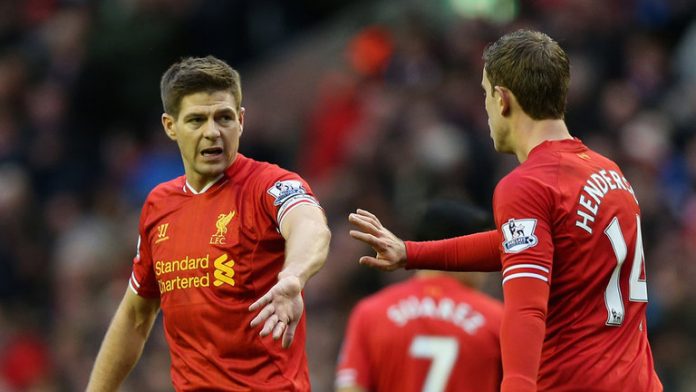 Liverpool’s hopes of a top four finish and UEFA Champions League football next season all but ended on Tuesday night with a defeat at Hull City.

Brendan Rodgers’ side head into this game with only one point from their last three games and back-to-back games without a goal.

Queens Park Rangers are in desperate need of the points as they start the weekend four points adrift of safety. Chelsea are the only team to beat them in their last four but last weekend’s 0-0 draw at home to West Ham appeared to knock the stuffing out them based on their post-match interviews.

Goalkeeper Brad Jones has returned to the substitutes’ bench but Simon Mignolet will finish the season as number one. The Belgian currently leads the Premier League with 14 clean sheets amongst goalkeepers.

Mamadou Sakho’s hamstring injury has forced Rodgers to play with a back four recently. Glen Johnson has been starting ahead of Alberto Moreno at left-back. Dejan Lovren has started the last three.

Lucas has a chance of returning from his thigh injury this weekend. Daniel Sturridge’s season could be finished through injury.

Rio Ferdinand hasn’t played since the start of March. Eduardo Vargas is ruled out with a knee injury and Bobby Zamora is a doubt. Otherwise Chris Ramsey has most of his big squad available for the trip to Anfield. 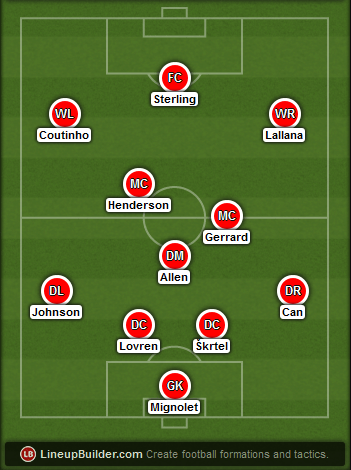 We’re expecting Brendan Rodgers to stick to the 4-3-3 formation despite the lack of success over the past three games. Steven Gerrard was rested midweek so we think he’ll come back into midfield in Liverpool’s penultimate home game in his final season. Would be surprised to see Mario Balotelli start after his lazy showing midweek – so we think the returning Adam Lallana will be part of the front three – Jordon Ibe and Lazar Marković are alternative options available to Brendan Rodgers. 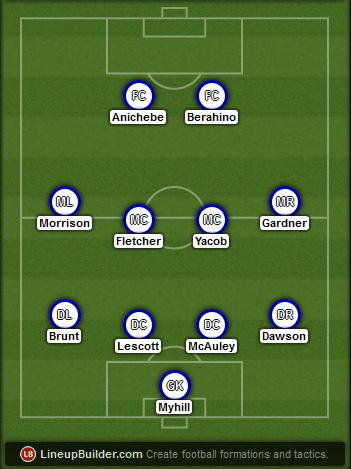 QPR play a 4-4-2 formation and have three central midfielders to help deal with Liverpool’s talented individuals going forward. The visitors’ best attacking threat may be Matty Phillips down the right wing versus the right-footed Glen Johnson at left-back. Bobby Zamora has played an important role in holding the ball up for his side in these type of games this season whilst Charlie Austin is a good threat in and around the penalty area. Their defence though is one of the worst in the Premier League.

Philippe Coutinho vs Mauricio Isla
The Brazilian playmaker hasn’t actually been involved in too many Premier League goals since scoring versus Manchester City on 1 March. Philippe Coutinho should at least have a favourable match up versus the attack-minded Chilean right-back if Mauricio Isla starts. He likes to cut in from the left and get his right-footed shots away. Coutinho is heavily involved in a lot of things going forward for Liverpool with his excellent passing ability and should cause the QPR defence some real problems at Anfield this weekend.

Raheem Sterling vs Richard Dunne
The media aren’t wrong about Raheem Sterling’s disappointing form in recent months, with only one goal in his last eight Premier League matches. The Liverpool attack are a shadow of what they were with Luis Suárez and Daniel Sturridge last season but have the ability to give their fans a lot to cheer for in their 18th home match of the season this weekend. The pace of Sterling should really see him get some chances against this defence, especially with Coutinho, Jordan Henderson and Steven Gerrard’s passing ability to supply him.

Matthew Phillips vs Glen Johnson
One spark Queens Park Rangers have had in recent weeks has been down the right wing. Matthew Phillips has looked a good threat with his pace on the counter attack, creating chances down the wing, and scoring his memorable goal versus Crystal Palace. Glen Johnson has had a fair bit of experience at left-back under Brendan Rodgers over the past two seasons but faces the possibility of having a torrid time this weekend.

47 – Liverpool have scored 47 goals in their 34 league matches this season, compared to 93 at the same stage last season.

56 – Mario Balotelli still only has one goal in the Premier League for Liverpool in 940 minutes, after attempting 56 shots.