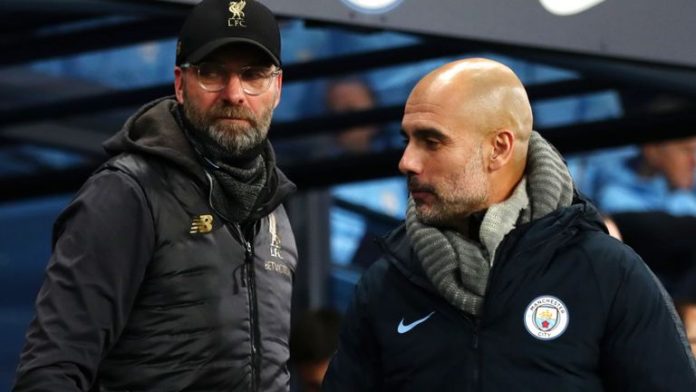 Liverpool and Manchester City go head-to-head in the Premier League on Sunday in a game that could have a huge bearing on this season’s title battle. Check out EagleBet for the latest odds ahead of the game.

The Reds currently have a six-point advantage over City and a victory this weekend would make them massive favourites to end their long wait for a league championship.

However, they face a City side that will be desperate to narrow the gap to just three points and blow the title race wide open.

However, Jordan Henderson is set to return after missing the midweek Champions League win over Genk due to illness.

Xherdan Shaqiri is still recovering from a calf injury, while Nathaniel Clyne remains a long-term absentee.

City goalkeeper Ederson is an injury doubt for the trip to Anfield after he was withdrawn at half-time in their 1-1 draw with Atalanta on Wednesday.

Manager Pep Guardiola confirmed the Brazilian has a ‘muscular problem’ and he could be struggling to recover in time to face Liverpool.

Oleksandr Zinchenko, Rodri and David Silva are also unlikely to feature, while Leroy Sane and Aymeric Laporte remain on the sidelines.

Guardiola’s side drew 0-0 at Anfield during October 2018, before following up with a 2-1 home success at the start of the New Year.

Liverpool are unbeaten in their last 16 top flight home matches against City, winning 11 and drawing five.

Despite that run of results City will head to Anfield confident that they continue their excellent run of form on the road.

They have won 11 of their last 12 Premier League away matches, scoring 30 goals during that period.

City desperately need to pick up three points this weekend to boost their title hopes. They look a solid bet at odds of 7/4 with EagleBet to do just that.