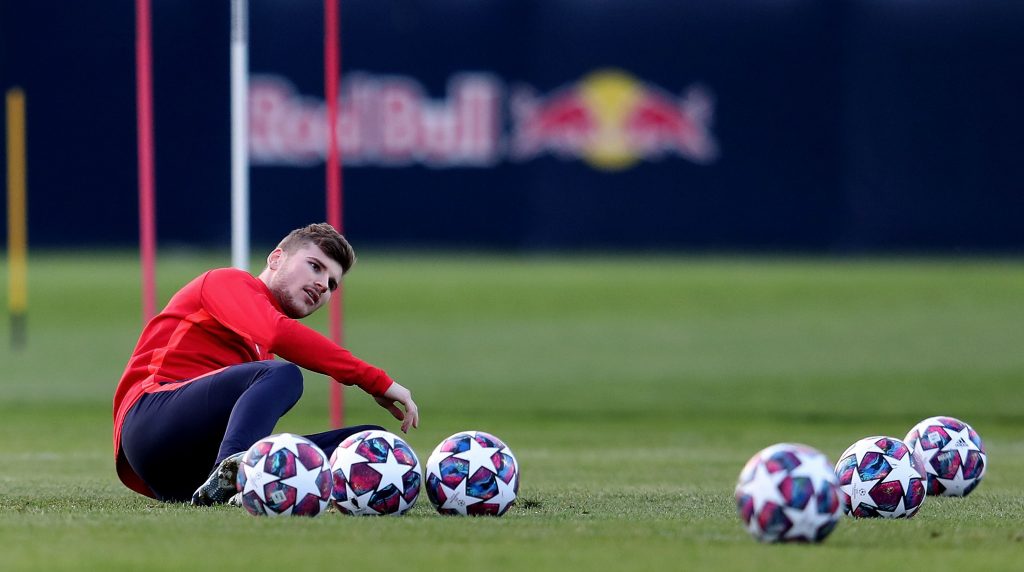 RB Leipzig striker Timo Werner has once again openly discussed his future, only this time he went on to name-check Manchester United and Manchester City as well along with Liverpool.

The 24-year-old is reportedly a top target for Liverpool for the window ahead. He is also one of the most coveted talents in world football, and has been in sensational form this season.

The explosive Leipzig striker has a release clause of £51million, and therefore the 28-goal striker should be one of the bargain signings of the summer transfer window.

Werner has taken to the media on a number of occasions to praise Liverpool in recent months. However, in his latest interview with Sky Sports, the Germany international spoke of other options including the two Manchester clubs.

He claimed that the Red Devils are not what they once were, and that they are one of those teams who are struggling to compete at the highest level.

“The first is to be part of a team like Liverpool or Manchester City. They have a good working team. The teams have also great coaches,” said Wener to Sky Sports.

“But this is the question: do you want to go to that kind of team, because the situation is already that hard for each member and you want to be a part of it? That’s one point you have to look at.’

“The other side are teams which need some big changes, because they just won a few big titles, but they are not able to compete on the highest level anymore. For me Manchester United is one of these teams.”

This is a sensible statement from Werner. At Liverpool and City, he may struggle to get regular games given the competition for places. At Old Trafford, he would likely be guaranteed a starting place week in week out, but United may not play in the Champions League next year.