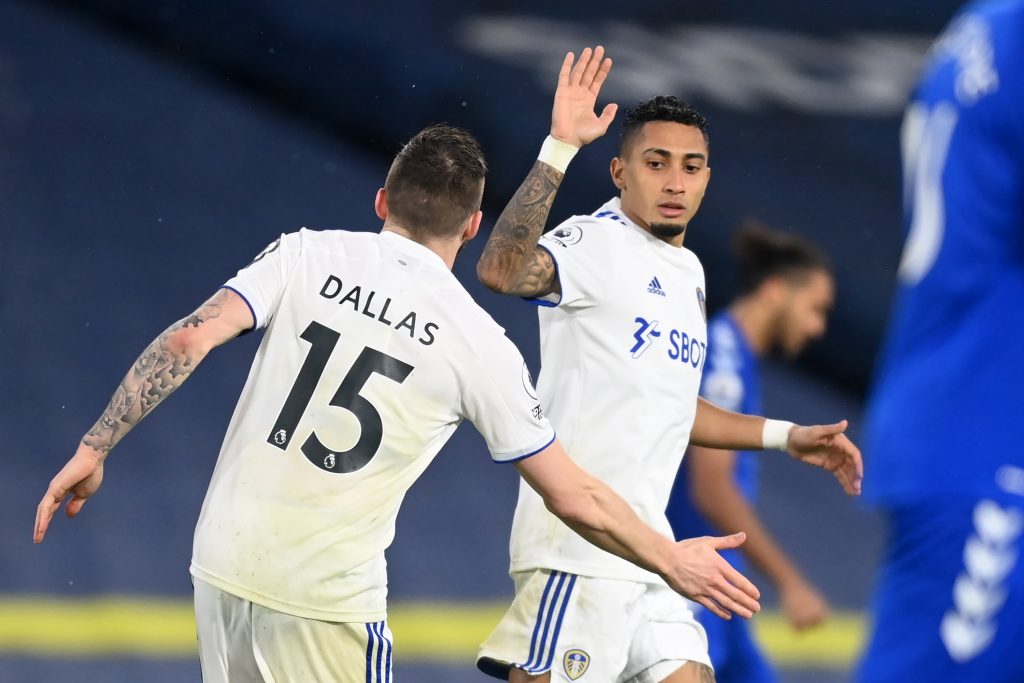 Liverpool are monitoring the progress of Leeds United winger Raphinha as they plan to bolster their attacking options in the summer, Football Insider reports.

The 24-year-old joined the Whites from French side Rennes last summer and he has made a good impact with four goals and four assists in his 16 league appearances.

His progress appears to have caught the eye of Reds scouts and it is reported that the Merseyside outfit could be interested in signing the Brazilian later this year.

The Reds have had a fixed partnership in the attack with Mohamed Salah and Sadio Mane being the regular wingers to accompany striker Roberto Firmino.

Both Salah and Mane are undisputed starters when fit and it is unlikely that a new signing will come in and take the place of either player.

Still, the reigning Premier League champions may need more depth in the attack and Raphinha could be a quality addition on the bench.

Diogo Jota made a superb impression after his summer move from Wolverhampton Wanderers with nine goals from just 17 games (five in the league) before he sustained a knee injury.

Other than the Spaniard, the likes of Xherdan Shaqiri, Takumi Minamino (out on loan) and Divock Origi have struggled to impress with no league goals scored between them.

Raphinha’s electrifying pace, good dribbling skills and ability to run at defenders may suit the Reds’ style of play. He could be a game-changer off the bench.