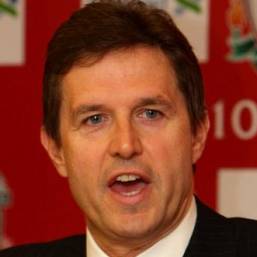 Liverpool are widely purported to be a football club stuck in an almost perpetual state of flux of late. Over the past two seasons, the team itself seems to have steadily diminished in front of our eyes, a fall from considerable grace which is no doubt exacerbated by the continuing turbulence at boardroom level.

Constant wrangles over the refinancing and repaying of American owners Tom Hicks and George Gillett‘s £285 million debts, the deadlines put in place by various lenders and the ‘radio silence’ being maintained over the sale of the club have all served to muddy the waters – leaving many of Liverpool’s ardent and passionate supporters feel increasingly ostracised and disillusioned by the private dealings that are going on deep within Anfield’s corridors of power.

In a bid to combat the sneaking sense of alienation at the club, Liverpool’s official website have started an initiative that seeks to provide a direct bridge between the boardroom and the terraces. Anxious supporters can email their questions (21 of the best entries are then forwarded by the site’s administrators) to selected members of Liverpool’s hierarchy and have their concerns addressed candidly by ‘people in the know’.

The most recent round of questioning was directed at managing director Christian Purslow, the man brought in to, amongst other things, assist in brokering the sale of Liverpool Football Club on behalf of Hicks and Gillett.

For a man with a vested interest, Purslow answered all 21 queries (which were all fairly hard-hitting, considering how asinine official site’s efforts usually are) with refreshing honesty and duly offered an unfamiliar window into the often-veiled world of  football’s murky business underbelly.

Summing up his arrival at Liverpool, Purslow confessed that ‘relations were strained’ between the various figureheads at the club, and he saw it as his duty (as a life-long fan) to restore some stability to proceedings;

“In terms of my job and my role I think it’d be fair to say there have been some quite turbulent times. Relations were difficult behind the scenes with the owners, the chief executive [Rick Parry] and also the manager [Rafa Benitez] himself.

I think all of them thought that stability in management was a pre-requisite to [financial stability], and so I very much saw that as my main role.

The club was, and is, in a situation where a certain set of skills was very important and my career in the financial world and running companies which had leverage and debt in their structure was probably the most important factor [in my appointment].”

Back in April, Rhone Capital Group offered Hicks and Gillett £110 million for a 40% stake in Liverpool, but the offer was snubbed by the American pair as it didn’t meet their ridiculously inflated valuation of the club – this coming days after Purslow promised supporters that a ‘significant investment would be in place by Easter’.

When asked what happened to that investment, Purslow answered;

“By Easter there was at least one investor ready to invest in the club, but not on terms that were acceptable at that time to the owners. I think it’s fair to say that precipitated a further series of changes.

[After a stint of boardroom upheaval] the owners agreed they would seek a sale of all of the club rather than what we had been working on up to Easter, which was a partial investment.”

The decision to reject the offer of investment despite the precarious financial position forced the Royal Bank of Scotland (Hicks and Gillett’s lenders) to try and force through the sale of the club in it’s entirety, a move that Purslow sees as a ‘positive development’ – as does everyone else with a passing hatred for the bucking broncos currently in charge at Anfield.

Speaking openly about Liverpool’s debt, Purslow admits that far too much of the club’s sizeable income is being frittered away on servicing the various I.O.U post-it notes that Hicks and Gillett have adorning their refrigerator doors – and that he would much prefer to see it frittered away on finding adequate additions to the club’s paltry playing staff;

“It is true that far too much of that benefit currently services loans, interest costs and bank charges. Can we afford to meet them? Just about.

Do I wish that every penny spent on interest was available to spend on players? Passionately, and every minute of my working day I look for the day we are able to reduce our debt, freeing up our profits to be able to invest on players.”

He also insisted that the Liverpool board is vehemently against the club’s owners trying to refinance their debts and extend their stay at Anfield;

“[Underwriting fresh loans] would require board approval and the other members of the board have made it clear that’s not what we want to see happen.”

Purslow also moved to allay fears that negotiations had stalled completely over a sale, assuring supporters that talks are constantly being held with interested parties in one degree or another;

“The process remains underway and there are a small number of potentially interested parties working seriously and privately – doing what is called due diligence i.e. looking at the business in detail from a financial and legal standpoint.

I must say that the single most important aspect of the possible sale of the club is to make sure that if we’re going to sell the club we get the sale right. The only thing worse than no sale is the wrong sale.

Do I know whether any of those parties are going to get over the finishing line? No. Can I make someone write a cheque? No. My job is to present the club to possible investors in the best possible light because I passionately believe it’s a fantastic opportunity for investment and new ownership.

Please don’t confuse silence with lack of progress and intense activity in trying to achieve the end that we passionately believe is right for Liverpool.”

The key aspect of Purslow’s admission is that several parties are undergoing periods of ‘due dillengence’ – which seems to suggest that there may be serious interest and that Liverpool supporters can start counting the days until their are rid of their all-pervading parasites. However, anyone with even a fleeting interest in the purchase and sale of football clubs will know that it ultimately stands for nothing and, as always, only time will tell.

The entire Q&A session with Liverpool’s managing director Christian Purslow can be read on the club’s official site.