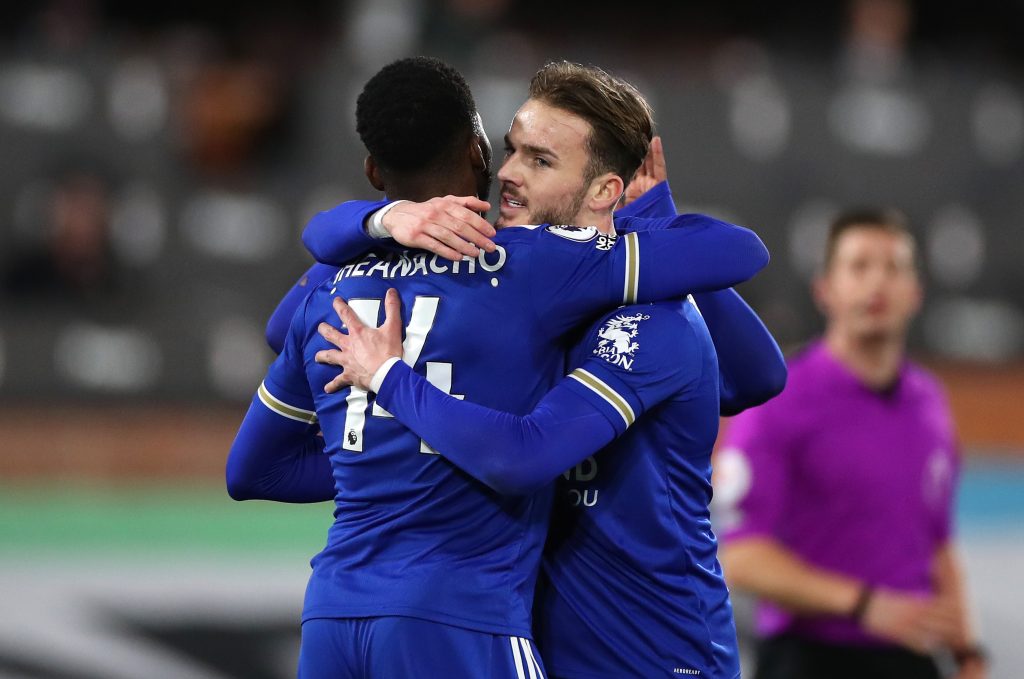 The England international has been one of the Foxes’ leading performers this term and he has particularly stepped up since the turn of the year.

Maddison starred against the Cottagers yesterday as he came up with two delightful assists during the opening half of the contest.

The 24-year-old delivered a well-timed cross which was headed in by Kelechi Iheanacho in the 17th minute.

Right before the interval, he turned provider for left-back James Justin, who rounded the goalkeeper for an easy finish.

Maddison is currently in a fine run of form and some of the club’s faithful have been impressed with his recent showing.

James Maddison has been absolutely superb this season! #FulLei

Four goals and four assists for Maddison in his seven games in 2021. Outstanding form.

And a world away from last season. Didn't get a single goal or assist after New Year's Day last term. #LCFC

Who was your MOTM tonight?

Can't look past James Maddison for me, was superb with 2 assists. Elite playmaker. #LCFC

Maddison has registered six goals and seven assists in the Premier League this campaign. Out of those, three goals and three assists have come in the last six games alone.

At present, he is the club’s best creative player. He has formed an impressive partnership with Harvey Barnes, which has been delightful to watch.

The victory over the Cottagers has seen the Foxes jump to the third spot on the table after Liverpool suffered a surprise 1-0 defeat to Brighton & Hove Albion at home.

The club have coped well with the recent absence of Jamie Vardy (hernia operation) up front. They look in a good position to make the top four this term.

The Foxes are presently four points ahead of fifth-placed West Ham United and will now need to find the consistency to secure Champions League football.