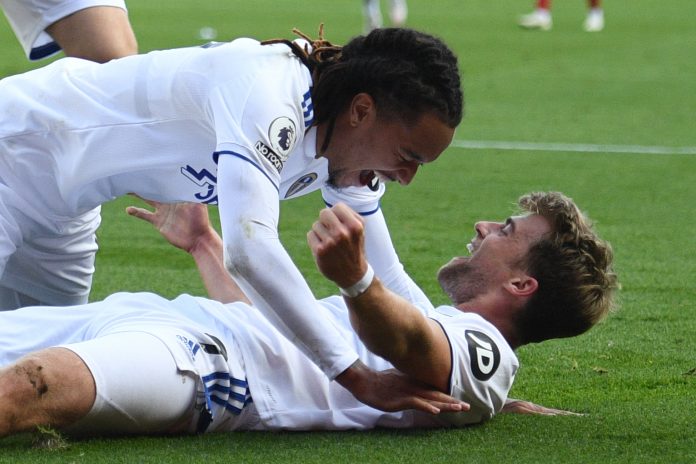 Leeds United secured their first win of the Premier League in 16 years after beating Fulham on Saturday at Elland Road.

After been involved in a 4-3 pulsating thriller against Liverpool last weekend, Marcelo Bielsa’s side narrowly edged out their rivals with the game finishing at 4-3, with the result favouring the hosts this time.

The Whites played some entertaining eye-catchy football once again, but it is their vulnerability at the back that should be a cause for concern.

After the game, Argentina legend Juan Pablo Sorin took to social networking twitter to express his reaction. Sorin, like many others, is a big fan of Bielsa, and he is thrilled with Leeds’ display in the Premier League.

Popular football journalist Tim Vickery has responded to his tweet.

The tweet from Sorin, when translated into English, reads – “Lost 3-4 to champion Liverpool and now beat Fulham 4-3 / show and vertigo guaranteed this Leeds @LUFC by Marcelo Bielsa! First 3pts in @premierleague”

Vickery’s response in English – “Do you remember our meeting in 2016 when I said that Bielsa should be coach of the English team? You thought it was a brilliant idea – you even remembered that you would have to cheer for England! But comfortable as a link to Leeds!”

Helder Costa opened the scoring for the hosts with a thunderbolt effort from close range.

Aleksandar Mitrovic levelled the scores with a penalty after Robin Koch had fouled Joe Bryan.

Mateusz Klich restored the lead for the home side with a penalty after Bryan fouled Patrick Bamford.

Bamford scored his second goal of the season to put Leeds firmly in charge and Leeds looked to have sealed the win when Costa added a fourth.

However, Fulham staged a dramatic fightback with Bobby Decordova-Reid’s low drive and Mitrovic’s second goal of the day. In the end, Leeds did well to seal all three points at Elland Road.