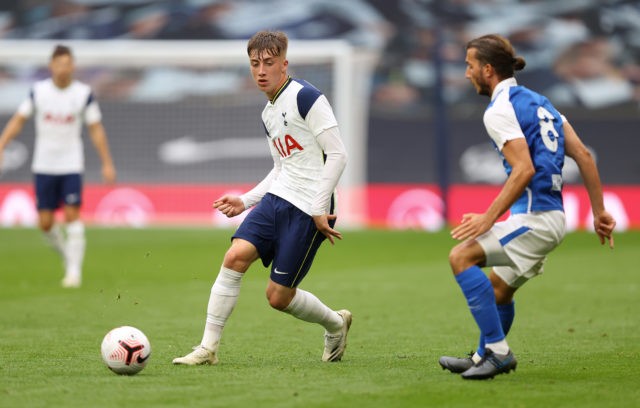 Tottenham Hotspur will be looking to offload a few players before the end of Friday’s deadline, while Jose Mourinho could be looking to make at least one signing from the Championship club.

According to Football London journalist, Alasdair Gold, Mourinho wants to keep Jack Clarke at the club beyond the end of the summer transfer window.

The 19-year-old joined Spurs in 2019, signed by Mauricio Pochettino from Leeds United for a reported fee of £10m. He was immediately loaned back to Leeds and spent a loan spell at Queens Park Rangers as well.

Recently, Football London claimed that Clarke has really impressed Mourinho in training, and the Portuguese boss wants to keep him at the club.

Spurs want him to develop and learn by training with the likes of Gareth Bale and Harry Kane. However, Gold has claimed that a loan move cannot be completely ruled out if a great offer for the player comes in.

The north London club have rebuffed interest from the Championship clubs thus far for Clarke.

“Everything I’m hearing from those around Jack Clarke is that Spurs want him to develop and learn by training with Bale and Kane. We forget sometimes that he’s only 19-years-old,” wrote Gold for Football London.

“Of course, you can’t rule out a loan move in the next week if a great offer comes in but thus far Spurs have rebuffed interested from the Championship. I agree that minutes are going to be hard to come by before January.”

It is indeed a tricky situation for Spurs. Although they want him to develop at the club, Mourinho will find it really hard to offer him game time, with so many top players ahead of him in the pecking order.