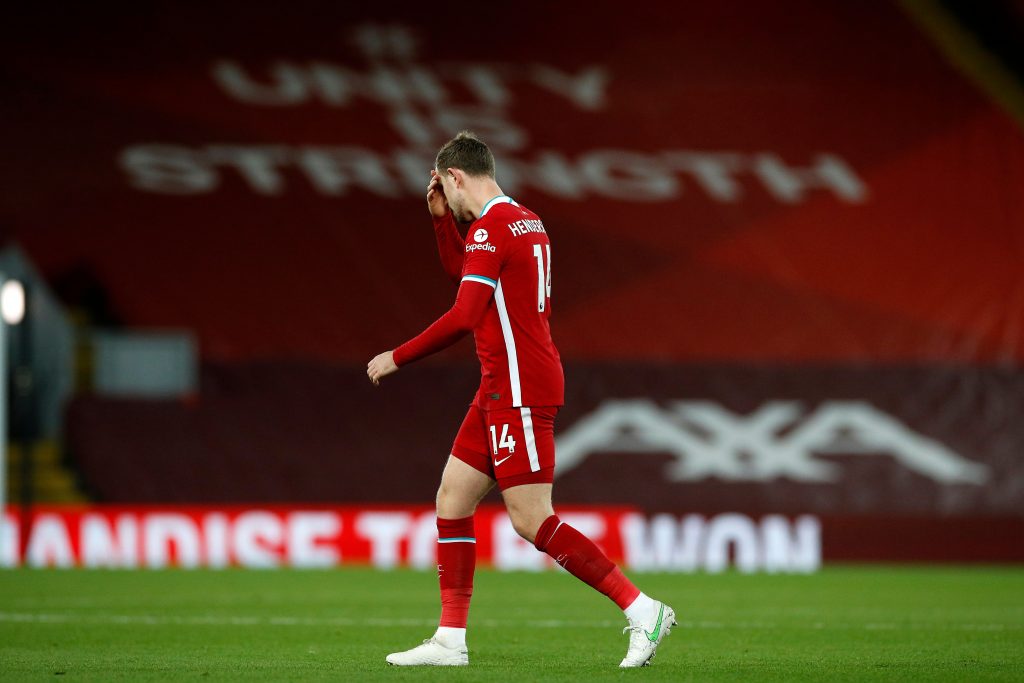 Liverpool got back to winning ways after their Merseyside derby defeat against Everton last week.

The Reds ran out comfortable winners over Sheffield United on Sunday, and captain Jordan Henderson has shared his reaction to the win on Twitter.

The England international is currently sidelined for a few weeks with a groin injury he picked up against the Toffees.

The Reds had lost four of their last five matches in all competitions coming into tonight’s contest, and they will be relieved to have picked up all three points against Chris Wilder’s side.

Liverpool are now back within touching distance of the top four, and they will be hoping to close the gap with West Ham United in the coming weeks.

The Reds take on Chelsea in their next Premier League game, and the result will give them some much-needed confidence boost heading into the crunch clash against Thomas Tuchel’s side.

The Blues have improved immensely since the arrival of the German manager, and this will be a tough outing for Liverpool.

Klopp’s men have been quite poor at Anfield in recent weeks, and they will be eager to overcome their difficulties to secure a vital win over the London side.