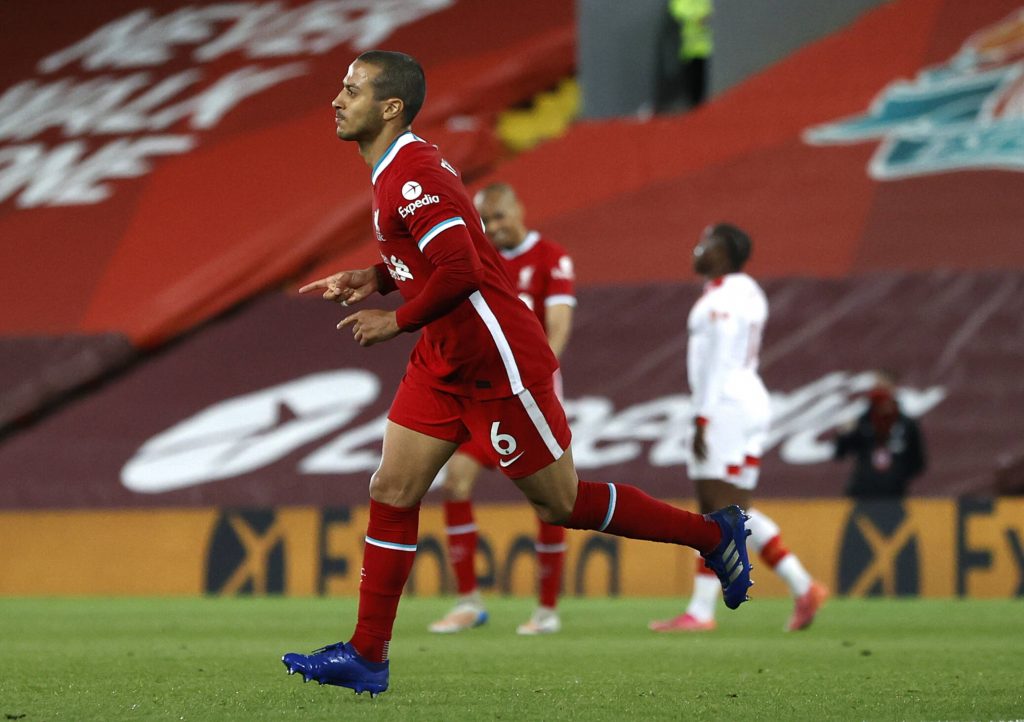 The Spaniard scored his first goal for Liverpool as the Reds earned a 2-0 home victory against Southampton in the Premier League on Saturday.

Sadio Mane scored the opening goal for Liverpool when he headed home a cross from Mohamed Salah.

Thiago doubled the lead towards the end of the match to seal a vital three points for Jurgen Klopp’s side.

Liverpool are sixth in the Premier League, six points behind fourth-placed Leicester City having played a game less.

The victory has given them a huge boost in the race for a top-four spot in the Premier League table.

Thiago took to social networking site Twitter after the game to express his reaction.

Redknapp has suggested that he is convinced that Thiago is a special player and will come good next season.

🗣"He has taken a bit of stick this year, but I am convinced he is a special footballer."

Jamie Redknapp has backed Thiago to hit his best form for Liverpool next season pic.twitter.com/ZMQFcfvCAG

Thiago joined Liverpool from Bayern Munich last summer. It has been a tough season for him, with a serious knee injury keeping him out for a long time.

He has received criticisms from fans and pundits for his style of play, with many suggesting that the Spaniard slows the tempo down too much.

Liverpool have struggled badly with injuries this season, with the midfield depleted following injuries to Jordan Henderson, Naby Keita and Alex Oxlade-Chamberlain.

When key players return from injuries, Klopp will have a solid midfield set-up once again.

Thiago is a world-class player and is expected to play a huge role next season.