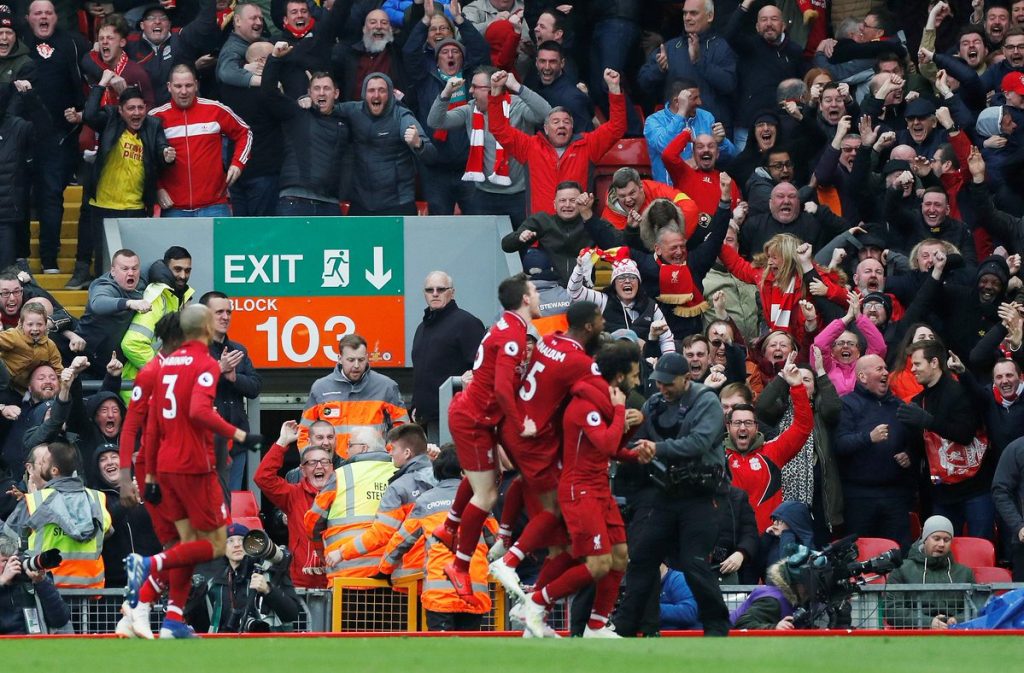 Liverpool legend Jamie Carragher burst out in excitement after the Reds snatched a last-gasp winner in their Premier League clash against Tottenham Hotspur.

The Reds took the lead in the first half when Roberto Firmino scored from a header from a delicious cross by Andy Robertson.

However, Spurs produced a spirited performance after the break, and equalised through Lucas Moura.

A draw would have dealt a huge blow to Liverpool’s title ambitions. However, an injury-time own goal from Toby Alderweireld saw them emerge victorious and grab all three points to move back to the top of the Premier League table.

Carragher, who was commentating on the game on Sky Sports, was overjoyed after Mohamed Salah’s header went in, with help from Hugo Lloris and Alderweireld.

“Mo Salah you little dancer!” he shouted, as quoted by The Mirror.

Worryingly, Liverpool were not at their best once again, but they did just enough to pick up all three points which matters the most at this stage of the season.