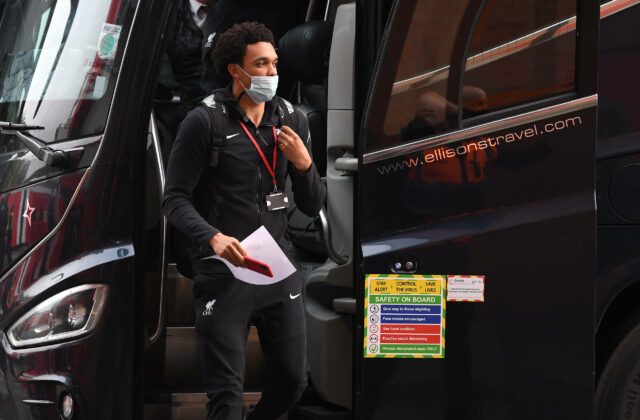 It’s an open secret that Gary Lineker is a big fan of Trent Alexander-Arnold.

The 22-year-old put a masterclass performance last night as Liverpool won 4-2 against arch-rivals Manchester United in the Premier League at Old Trafford.

The victory ensured Liverpool still have a chance of bagging a Champions League spot this season, with three games left to play.

Roberto Firmino scored a brace, while Diogo Jota and Mohamed Salah also scored to earn all three points for Jurgen Klopp’s side.

However, it was Alexander-Arnold’s performance that left the pundits awestruck. The youngster was simply superb on the night with his drive, energy, passing and creativity.

Well, this game has certainly confirmed @TrentAA’s place in the England squad. Seems ridiculous that it could ever be in doubt. Best player on the pitch in front of the watching Gareth Southgate.

The decision had left pundits divided in opinion. Some felt that Alexander-Arnold doesn’t suit Southgate’s style, while others felt he hasn’t been at his best this season.

Alexander-Arnold did struggle for form in the first half of the campaign, but he has raised his game to a different level in the past few months.

Not only has he been consistent, but he is also playing on top of his game. He has improved defensively, while there are not many players in the world who can match him in terms of creativity.

Lineker is spot on that his place in the England national squad has never been in doubt, and it will be a massive surprise if Southgate still manages to find an excuse to omit the Liverpool defender.