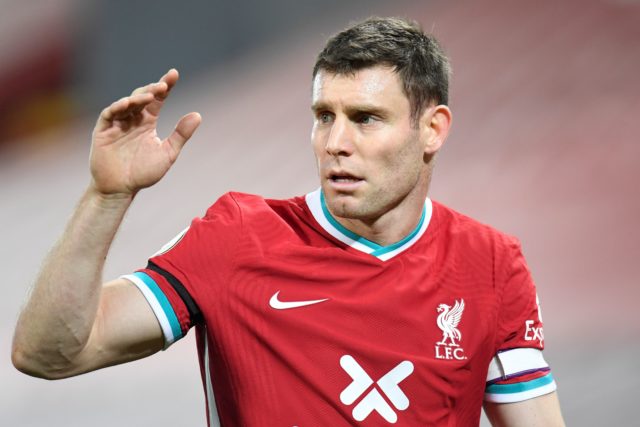 Former England striker turned popular football pundit Gary Lineker has showered praise on Liverpool via Twitter after the Reds earned an emphatic 3-0 win against Leicester City on Sunday at Anfield.

Both Diogo Jota and Roberto Firmino found the net while an own goal from Jonny Evans meant Liverpool climbed to second in the Premier League table, equal on points with Tottenham Hotspur and only separated by goal difference.

Lineker has hailed Liverpool’s result as an ’emphatic victory’. He feels that it has been an ‘exceptional display’ from the Reds, despite the squad being ravaged by injuries.

Well played @LFC. An empathic victory from a superb side. Massive credit to Jürgen Klopp for conjuring up such an exceptional display despite the injuries. 👏🏻👏🏻

The former great Leicester striker was also in awe of Liverpool midfielder James Milner who was simply outstanding on the night. Lineker has hailed Milner’s impact as ‘remarkable’.

The 34-year-old took the captain’s armband in the absence of Jordan Henderson and played at right-back, filling in for the injured Trent Alexander-Arnold.

After Naby Keita got injured in the 54th minute, Milner dropped to midfield while Neco Williams took his place at right-back.

Milner – who joined Liverpool from Manchester City in 2015 – will arguably go down in the club’s history as one of the best free signings of all time.

He is a leader on the pitch and has been a key player in Liverpool’s massive success under Klopp. The three-time Premier League winner is a versatile player and Klopp has used him in multiple positions in the past few years. Whichever position he has played at – right-back, left-back, central midfield, wide left, wide right – his performances have always been exemplary.

Against the Foxes, he registered 104 touches, completed 57 out of 64 passes attempted, created five chances and picked up an assist (his 85th in the Premier League) for Firmino’s goal.

The manner of the victory sends an ominous warning to all the potential rivals who are hoping to snatch the title away from the Champions.

With 56% of ball possession, and 24 shots attempted, it has been a complete dominance against a well-drilled Leicester side that won six games in a row prior to their visit to Anfield.

All the talks of Liverpool being vulnerable before the Foxes’ visit due to their depleted squad have been put to bed with such a rampant display, and in the process, they have also established a new club record of going 64 home league games unbeaten.