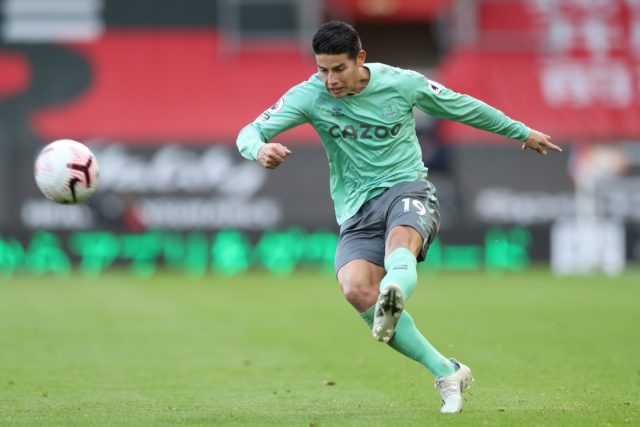 Following back-to-back defeats, Everton will be looking to bounce back and return to winning ways when they take on Manchester United on Saturday, and you can watch this game and other Premier League games live online.

Everton haven’t won since the international break in October, losing to Southampton and Newcastle United. The absence of key players such as James Rodriguez, Richarlison and Lucas Digne has hurt them badly.

United are struggling for form and consistency, picking up just seven points from their opening six games.

The Red Devils head into this match on the back of a disappointing 2-1 defeat against Istanbul Basaksehir in the Champions League, and the focus has once again shifted to Ole Gunnar Solskjaer’s job security.

The pressure is mounting on the United boss, with various media publications even reporting that Solskjaer may fail to keep his job if United suffer defeat against Everton today, as it will push the Red Devils to 17th in the league table.

Everton: Carlo Ancelotti has revealed that James Rodriguez, Mason Holgate and Seamus Coleman are fit and available for selection.

Holgate is yet to feature for the Blues this season having suffered a toe injury, but he has now returned to full fitness. Lucas Digne is available again after completing a one-match suspension, but Richarlison is still serving his ban.

Manchester United: Summer signing Alex Telles has returned to training after he maintained self-isolation due to a positive COVID-19 test.

Anthony Martial is available again following his domestic suspension, but Eric Bailly and Phil Jones are both sidelined due to injury.

Everton are undefeated in 14 of their last 15 home games in the Premier League.

Manchester United have won their last six away games in the Premier League.