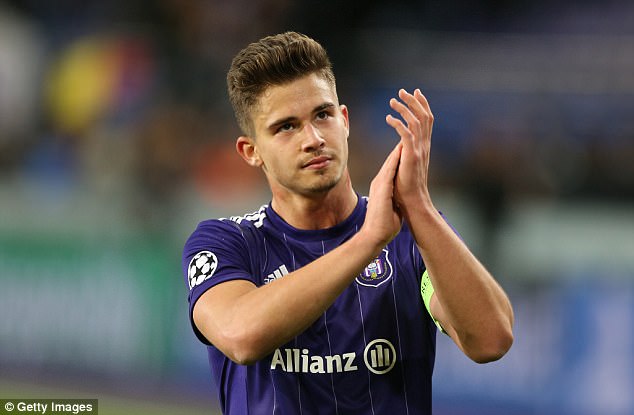 According to La Derniere Huere, Everton are confident of signing Anderlecht midfielder Leander Dendoncker, despite West Ham United also being in the race for his signature, reports talkSPORT.

The 22-year-old has made 156 appearances for the Belgian side, winning one league title and two Super Cups. Dendoncker has been linked with Manchester United along with the Hammers and Everton, but the Merseysiders believe they have the best offer to convince him to England.

The Toffees are planning to loan the midfielder back to Anderlecht for the remainder of the season so Hein Vanhaezebrouck’s doesn’t lose such an important player midway through the campaign. Dendoncker has made 21 league appearances in 2017/18.

He’s reportedly valued at around £20m, which Everton could be willing to meet. And if they allow the 22-year-old to see the season out in Belgium, that might put them ahead of West Ham in the negotiating process.

Nothing has been agreed yet, but there are just days remaining of the transfer window so Everton need to move quickly to land their man. Anderlecht would have little time to replace Dendoncker this month, so being able to keep him until the summer is a deal that suits them.

West Ham are yet to lodge a counter offer.