ESPN, the U.S. sports broadcasting giant of 5,000 employees, is preparing to launch their coverage of World Cup South Africa 2010, their seventh World Cup and largest operation ever outside of the U.S. The production is twice the scale as the production in Berlin and Munich in 2006 and has 300 full-time staff members dedicated just to the Cup.

As the FIFA rights holder in the U.S., Brazil, and the Indian sub-continent, ESPN will broadcast all 64 matches live and in HD in a month-long extravaganza on ESPN, ESPN 2, and ABC. ESPN Deportes will televise over 50 matches in Portuguese, and ESPN 3D, launching June 11, will air 25 matches in 3D.

To promote live viewership, the games will be available on broadband in 50 million homes on ESPN3.com, wireless video, and ESPN Radio will broadcast all 64 matches in English and multi-language formats. ESPN is 80% owned by ABC, an indirect subsidiary of the Walt Disney Company, and 20% by the Hearst Corporation.

ESPN is bullish on soccer in the U.S. and abroad – the men’s and women’s World Cups, EPL, La Liga, Euro, international friendlies, US Soccer, MLS, and is expanding language options. That’s the message ESPN’s top brass delivered to a select group of U.S. and foreign media at their Bristol, Connecticut headquarters at a World Cup preview before the US vs. Czech Republic friendly on May 25.

Jed Drake, ESPN Senior Vice President & Executive Producer and Scott Guglielmino, Vice President, Programming & Acquisitions, explained how they approached this particular World Cup in emerging South Africa, how they’ll reach the diverse U.S. audience, and where they plan to go with soccer in the future in light of their unprecedented acquisition of global soccer properties over the past year.

Drake visited South Africa six times during the making of the media campaign and came away understanding that ESPN had an enormous responsibility to the developing nation. He launched a plan of dual responsibility – first, to present the world’s largest sporting event at an exceptional level of production and second, to document the people and culture of the host country at this unique point in their history.

To send the right message to the American people, who they consider as two divisions – avid soccer fans and big event fans, ESPN developed a philosophy of “respectful education.” One task would be to engage and inform big event fans about the international game. The other would be to convey to both the big event fan and the avid soccer fan the importance of the sport to South Africa and the impact of an event of this magnitude on this fragile nation riddled with crime, rape, and poverty.

“It’s a far different place than has ever hosted this event and we feel a strong responsibility to these people, particularly in light of the fact that they’ve come out in what would be the blink of an eye in terms of mankind’s time from something so heinous as apartheid.”

Consequently, ESPN devoted an extraordinary amount of resources to document the state of South Africa today and how individuals and traditions emerged from oppression. And through those stories, compiled and produced by top directors, ESPN reveals the recent history of South Africa and builds that content into their coverage of the tournament. Altogether, ESPN will provide over 250 hours of World Cup coverage and 85 of those hours will be non-event coverage.

As in 2006, ESPN collaborated with Bono and the band U2 in their World Cup coverage (video, US only). ESPN Senior Director of Sports Marketing Seth Ader told me,

Aware of their diverse audience of mixed heritage and to convey the true international experience, ESPN isn’t wrapping their coverage around the US National Team, although the three group matches with England, Slovenia, and Algeria will get the highest ratings. For each of the 32 teams they developed vignette videos, which began to air on ESPN and SportsCenter 32 days prior to June 11 to engage viewers in the international drama, and included similar information in ESPN the Magazine.

ESPN also hired South African artists to create 32 original pieces of artwork to represent each team. ESPN is banking on authenticity in their coverage to appeal to hard-core soccer supporters and win over general sports fans, and the selection of announcers and analysts reflect that. Martin Tyler, Ian Dark, Adrian Healey, and Derek Rae will provide play-by-play and Efan Ekoku, John Harkes, Ally McCoist, and Robbie Mustoe will offer analysis.

“The growth for our audience will be in the amount of time that hard core soccer fans watch. What’s ratings? Two things – how many people watch for how long. We can really affect for how long, we believe. We believe we can provide a presentation that will keep them watching longer. The second is that casual viewer who is drawn to spectacle and we recognize there is an opportunity there and that too, comes with the presentation and making sure people understand just how enormous this event is.”

Authenticity also drives the choice of announcers in the multi-language formats. Currently, ESPN offers Arabic, Japanese, German, Portuguese, and is working on Mandarin and French. Outside of Portuguese, broadcast on ESPN Deportes, ESPN will use the foreign language calls of the official broadcasters and marry them with the ESPN signal.

“It would be easy for us to actually put people in a booth somewhere here and just have them call whatever that language is, but what we’re trying to do is be authentic across the board. So we believe that what you’re going to want to hear is your homeland call or the call of the actual official broadcaster in that language.”

ESPN will continue to acquire and expand their broadcast of global soccer properties.

“In terms of League play, we’re going to continue with our Premier League agreement, La Liga – the Spanish League is something that we started this past year. We split the overall pact with Goal TV and we’ll continue with that. We’re able to be a bit more aggressive on ESPN and ESPN 2 with Spanish League and that goes against the overall mosaic of sports that we have on ESPN and ESPN 2.

Going back to the notion of live, for us if it’s important enough it’s got to be live, and so trying to make that fit in La Liga perspective is something we constantly work on. But again, on three.com we’ve been loading up on that service with several different leagues like Dutch, German.

We’re also doing quite a bit in the friendly space and with different federations and doing deals directly with them – either friendlies, European Championship, qualifiers, Euro, and we’re certainly looking to continue our relationship with UEFA, the Cups in Euro 2012 and 2016. So all of that is going to continue to ramp up appropriately because again, we’re bullish on it.” 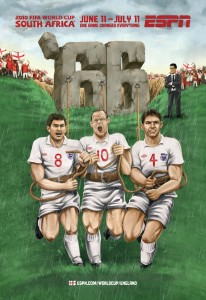 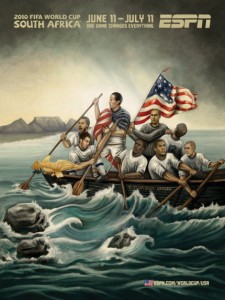