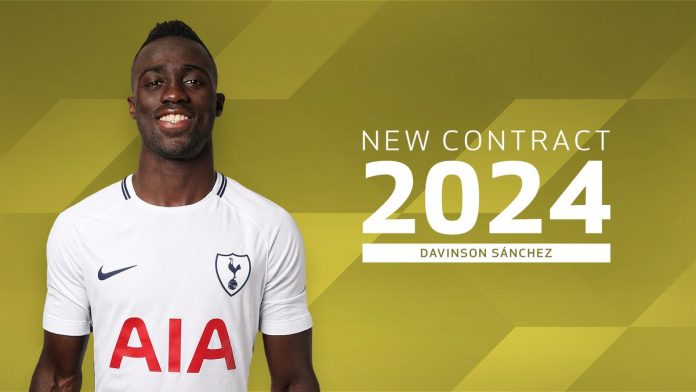 Tottenham Hotspur have taken a slender lead in the Carabao Cup semi-final first leg at Wembley thanks to a Harry Kane’s goal from penalty in the first half.

Referee Michael Oliver awarded the spot-kick in the 26th minute after consulting VAR for offside. In a fiercely contested match, both the sides created some very good chances, and the scoreline could have easily been different.

After the match, Spurs defender Davinson Sanchez took to social networking site Twitter to express his reaction. Sanchez played the full 90 minutes – made one tackle, two interceptions, and three clearances.

Spurs fans praised his effort, with one fans saying he was ‘immense’ during the game. Here are some of the best reactions:

You were mega today Davo?

And great defending from you!! Buen partido!! ??

Chelsea hit the woodwork twice in the first half while Andreas Christensen missed a great scoring opportunity from six yards out.

Kane, who has scored in each of his last six games in all competitions for Tottenham, has become the fourth highest goalscorer for the club, scoring his 160th goal.

Spurs managed only 42% of possession during the game, and registered four shots on target, according to BBC Sport.