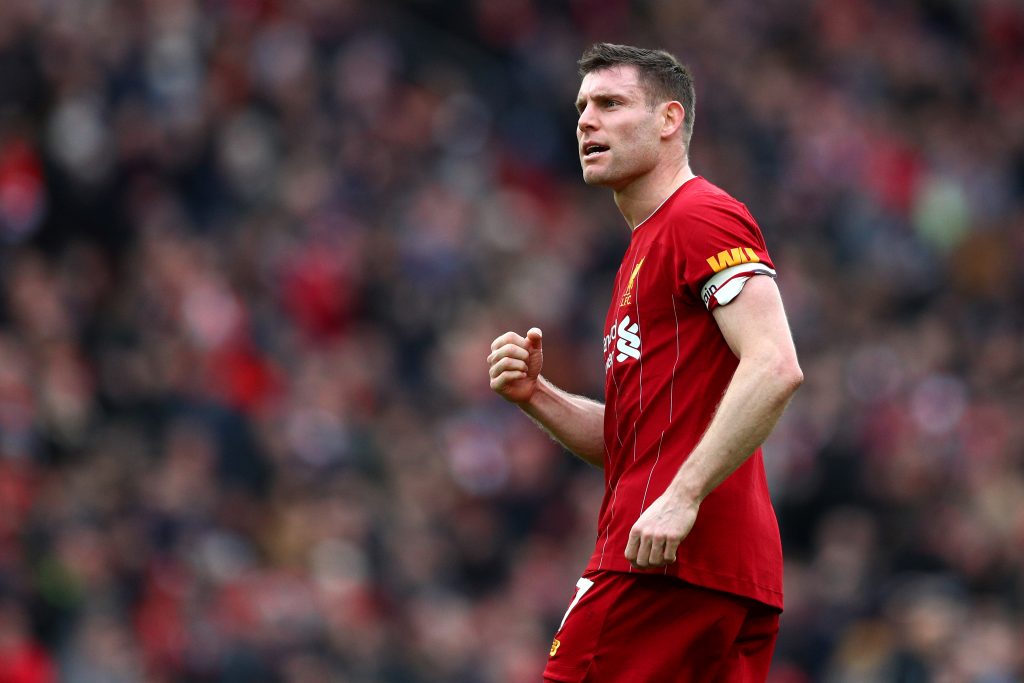 Liverpool returned to winning ways after beating AFC Bournemouth 2-1 on Saturday in the Premier League at Anfield.

Callum Wilson gave an early lead for the visitors, but the Reds responded well through Sadio Mane and Mohamed Salah, both scoring before half-time.

It wasn’t a very convincing performance from the Reds, and it needed a heroic goal-line clearance from James Milner, who made his seventh Premier League start this season against the Cherries.

Popular football pundit Danny Higginbotham has showered praise on the 34-year-old versatile player, saying he is a manager’s dream.

“They don’t make them like James Milner any more — and sadly I don’t think they ever will again,” wrote Higginbotham for The Sun.

“Against Bournemouth on Saturday the Liverpool stalwart showed once again he is a manager’s dream. Players with the character of Milner are like gold dust these days.”

Milner, who has won Premier League titles with Manchester City and Champions League with Liverpool, has been an important player for Jurgen Klopp’s side.

He has made four starts in the Champions League this season as well. Milner brings vast experience and leadership qualities to the side and he is still leading the club by examples, in the absence of Jordan Henderson.

Milner has a contract at Liverpool till 2022, and Jurgen Klopp has used him very well, keeping his age in mind. He is an important figure in the dressing room, and Higginbotham is absolutely spot on with his assessment.