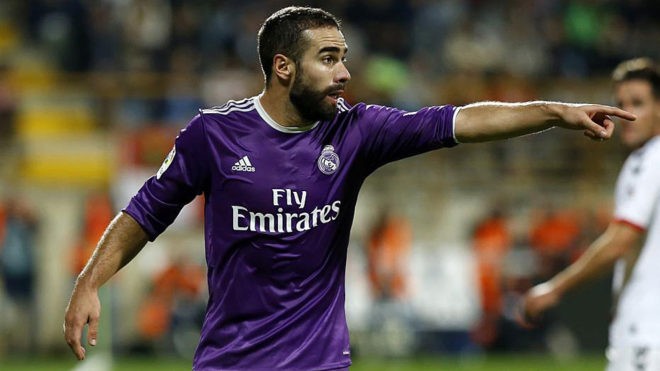 Real Madrid defender Dani Carvajal is close to signing a new deal with the club.

The Spanish right back has been a key member of the first team squad ever since he joined from Bayer Leverkusen, and Marca are claiming that Los Blancos are looking to reward him with a contract extension. Carvajal is the first choice right back for his country as well.

The 25-year-old is at the peak of his powers right now and is widely regarded as a world-class player in his position.

As per Marca‘s report, Carvajal was being monitored by the Manchester City manager Pep Guardiola. The defender is in the final stages of negotiation with Real Madrid regarding the new deal. His current deal expires in 2020, but the Spanish champions are keen to hold on to the player throughout his peak, well into his thirties.

Despite the signing of Danilo and the number of injuries he has had, Carvajal is the undisputed starter for Zinedine Zidane in the right back position.

Considering his form and age, Real Madrid’s decision to tie him down to a long-term deal makes perfect sense. At 25, he is already a finished product and will only improve with time.