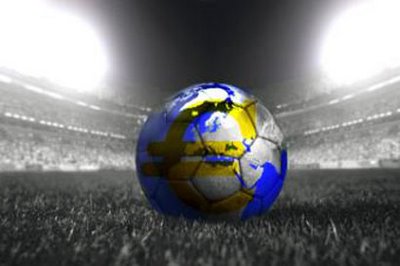 Last week, the BBC’s report into ‘the cost of football’ showed that the cost of watching most Premier League clubs is still high, and any changes in prices across the division have been largely minimal.

And relative to other leagues in Europe, the Premier League is still far more expensive.

On Tuesday night, Bayern fans protested the cost of watching their team play at the Emirates, with ticket prices as high as £64. Their protest was understandable as for about double the money, they could have bought a season ticket at the Allianz Arena.

In England, you’d have to go to Eastleigh to get a season ticket for a similar price. In the Premier League, you might as well forget it.

Fans of Premier League clubs such as Arsenal have been paying inflated prices for a number of years now, and the trend towards affordability remains elusive.

But whatever the costs are, you might be forgiven for thinking there is no issue given the Premier League attendance figures in the last few years.

The figures show that Premier League grounds were 99% full during the first few games of the season; this is an increase on previous seasons, where the figures were around 96%.

Whilst fans of Premier League clubs continue to bemoan the cost of watching England’s top flight compared with prices in other countries, there is still no sign of an outright protest, with record occupancy in recent years.

Of course, protests have taken place. Many banners have been displayed at grounds around the country demanding more affordable pricing structures. But the fact is, the current prices are still being paid.

So why is it cheaper elsewhere in Europe?

Getting people to go to games might be one factor, although it’s hard to see how the likes of Bayern would struggle to sell tickets.

Common ownership is the more likely reason. Bayern is owned 81% by its supporters, and indeed, a requirement of the Bundesliga is that fans have at least a 50% stake in their club.

Although not a requirement in La Liga, some Spanish clubs such as Barcelona and Athletic Bilbao have followed a similar model, and fans are also reeling in the benefits of more affordable prices.

The result of a stake in the club is that fans are far more likely to influence decisions such as the price of a ticket.

At the moment, any protests by Premier League fans against their club’s ticket pricing remain largely ineffectual. Their only meaningful alternative would be to boycott, but it’s hard to see that ever happening.

Are Prices likely to come down?

As long as attendances remain as high as they are, the answer is probably no.

Premier League clubs have experienced record levels of income in the last few years, and from the combination of high ticket prices and lucrative TV deals, it’s easy to see why.

Despite this, the benefits are still not being reflected in the cost of match day tickets.

As what seems to epitomise modern football, the money is only flowing in one direction; towards players and their agents. This is a more prominent feature in England than anywhere else, where the average wage bill is 113.9 million euros, considerably higher than Germnay (63.2m) in 2nd place.

As well as having to meet the costs of hefty wage bills, Premier League clubs will point to attendance figures to reassure them in their ticket pricing policies.

But with many already being priced out, how long will it be before fans say enough is enough?