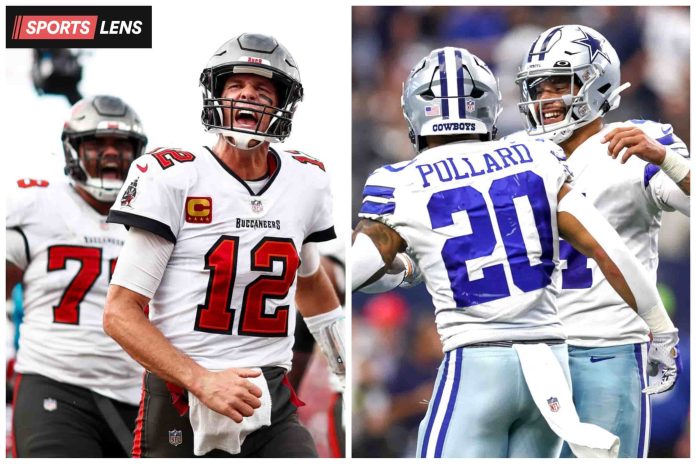 All but one of the NFL wild card playoffs have been decided, with the Buccaneers vs Cowboys taking place tonight in Florida. With perhaps one of closest games of the round presenting an intriguing prospect for bettors, we have put together this handy guide complete with a ‘cheat sheet’ full of key stats and trends to help inform your same game parlay selections.

No matter where you reside in the US, you can also take advantage of BetOnline’s welcome offers where prospective users can redeem a 50% deposit match up to $1000 just in time for tonight’s game. With excellent parlay building capabilities and comprehensive NFL markets, they are our choice for the Buccaneers vs Cowboys.

How To Bet On Buccaneers vs Cowboys Same Game Parlay