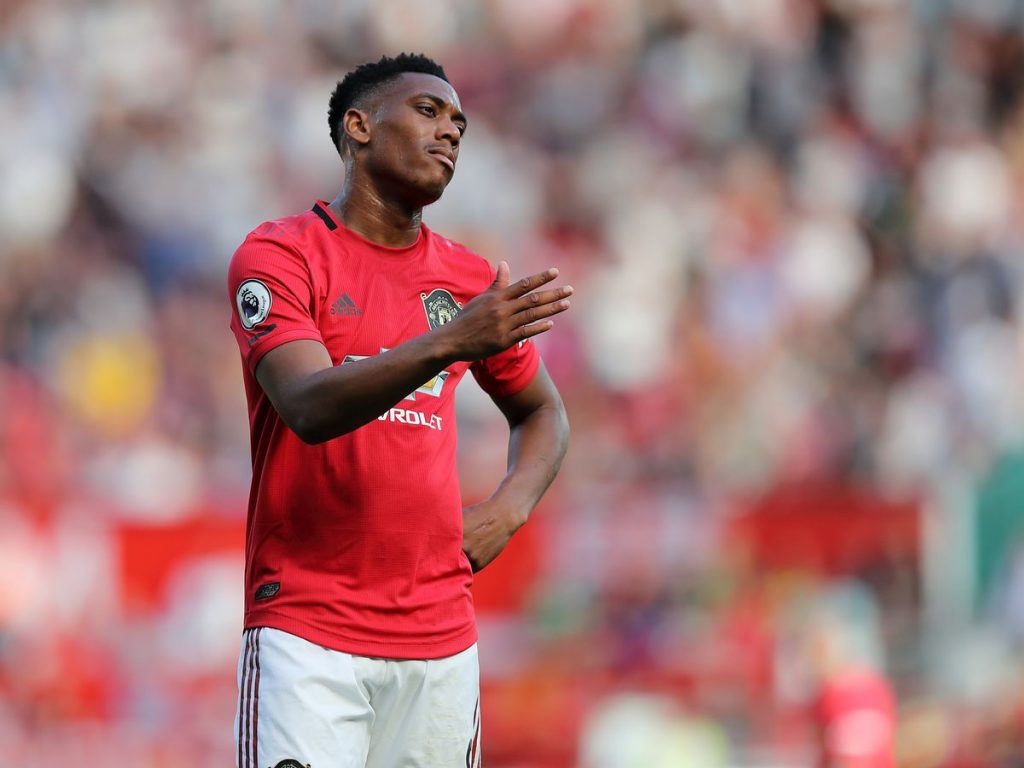 Manchester United will be without prolific striker Anthony Martial when they host Tottenham Hotspur on Wednesday night looking for a win to keep Ole Gunnar Solskjaer’s job safe.

After it was indicated that Mauricio Pochettino is indeed interested in taking over as United’s manager, the pressure has been amplified on the Norwegian.

While Solskajer shoved away claims of any internal thinking that he could be sacked, he’ll definitely miss Martial’s presence against Spurs. The Frenchman had to be substituted in the late stages of their draw against Aston Villa and suffered a muscular injury, as per Sky Sports.

The Frenchman has been plagued with injuries this season, having recently missed a few weeks of action after getting injured against Crystal Palace in August. He tried his hardest to get a goal against Villa, having been goalless in the last three league games before it.

With former manager Jose Mourinho returning to the Theatre of Dreams for the game, there was a presumption that Martial would be even more pumped to prove his mettle against Spurs.

The Frenchman had a tensed relationship with the Portuguese manager, who even tried selling him in his final season as United manager, only for it to get blocked by Ed Woodward.

However, Martial’s season has seen another setback with this latest issue, which creates even more headaches for Ole Gunnar Solskjaer. The Norwegian will also be without Paul Pogba, who’s recovering from an ankle injury, having last appeared against Arsenal in October.

Scott McTominay and Nemanja Matic were stated to be “touch and go” by Solskjaer, who really needs both of them back after watching the midfield of Fred and Andreas Pereira fail to impress in recent league games.

But Martial’s injury blow creates even more headaches for the Norwegian, who will instead probably revert to the 3-man defence he’s preferred to play against the top sides this season.

Mason Greenwood could get his first league start up-front alongside Marcus Rashford, who has failed to impress whenever playing as a traditional centre-forward.

Daniel James has also impressed in carving out chances for United, but hasn’t scored since netting against Southampton in late August. With Spurs gaining their momentum under Mourinho, United need their attacking guns to fire in order to get a win on Wednesday.

Martial’s clinical presence will definitely be missed in attack, as Solskjaer will hope that his French star recovers from this latest set-back at the earliest and makes it for the Manchester Derby on Saturday.