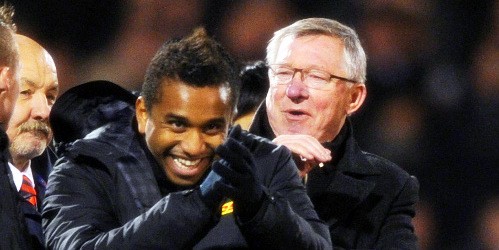 Alex Ferguson is known for his “my way or the highway” approach in dealing with his players. He believes that no player is bigger than the club and over the years some of the many notable players have left Manchester United.

After Saturday’s win against Fulham, that approach was on display as he asserted his authority on his players once again. As the team was walking back to the dressing room after the match, Alex Ferguson slaps Anderson and shoved him away. Only this time in a light-hearted manner: