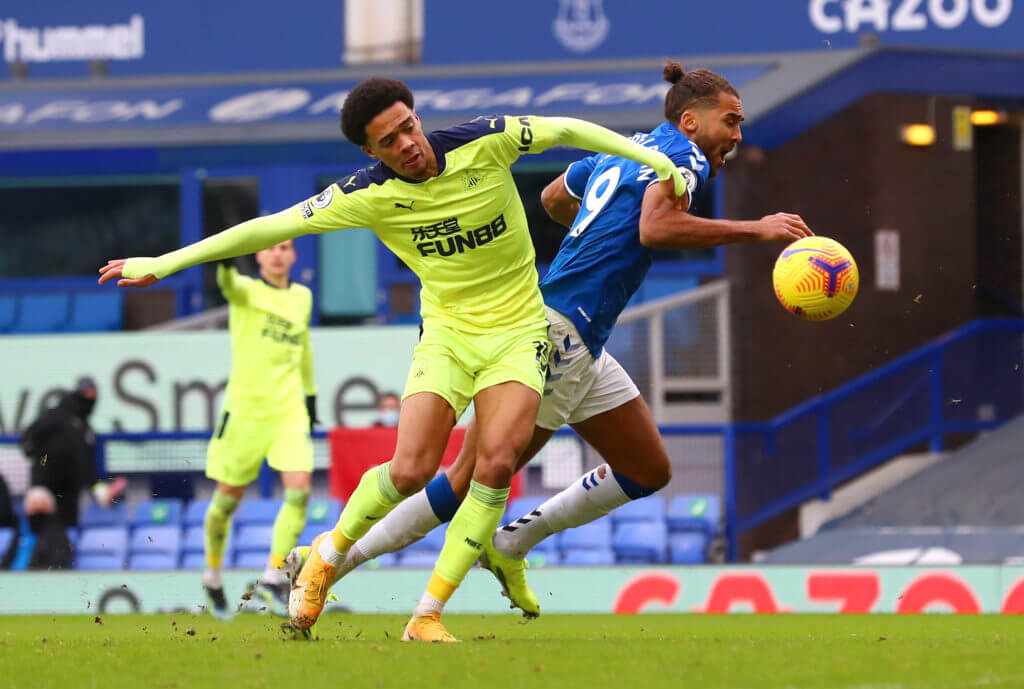 Callum Wilson scored twice as Newcastle United earned all three points against Everton at Goodison Park in the Premier League on Saturday.

The Newcastle star’s efforts helped to relieve the pressure on manager Steve Bruce who came under strong criticism from the Magpies fans after a disastrous run of form.

Along with Wilson, the likes of Jonjo Shelvey, Miguel Almiron, and Issac Hayden were equally superb for the Magpies. Javier Manquillo was also excellent.

Many Newcastle fans seem impressed with the performance of Jamal Lewis, with some claiming it was his best performance since joining the club in the summer transfer window.

The 23-year-old left-back, who joined the Magpies from Norwich for a reported fee of £15 million, has cut a hugely frustrating figure this season.

However, Lewis was simply outstanding against the Toffees and deserves praise from the Newcastle fan base. Here are some of the selected tweets:

I can’t believe I’m saying this but Jamal Lewis looked quality today. Whatever they done with him during the week 😉. #NUFC

Callum Wilson was brilliant, Isaac Hayden equally good and for me, that was Jamal Lewis' best game yet in an #nufc shirt.

Jamal Lewis has looked a different player today like quite obviously the lad had been Bruced! Jones has obviously brought tactics and worked out players best positions in 3 days this could be the best 250k Ashley has ever spent but let’s not get carried away! #NUFC ⚫️⚪️⚫️⚪️

Jamal Lewis was outstanding today . Excellent performance by the boys 👏👏👏👏👏

I also thought Jamal Lewis was brilliant today. Along with manquillo #NUFC

Bruce faced strong criticism from the Newcastle fan base as his team lost five games in a row in the Premier League.

The Magpies boss was always confident that his side are capable of turning the corner. A change in formation – a 4-4-2 diamond –  and Wilson’s (who scored his 50th and 51st Premier League goals) return to form have done the job.

With Almiron at the tip of the diamond, Wilson and Fraser further forward, and the two full-backs allowed space to exert their influence, this was Newcastle’s best display for months.