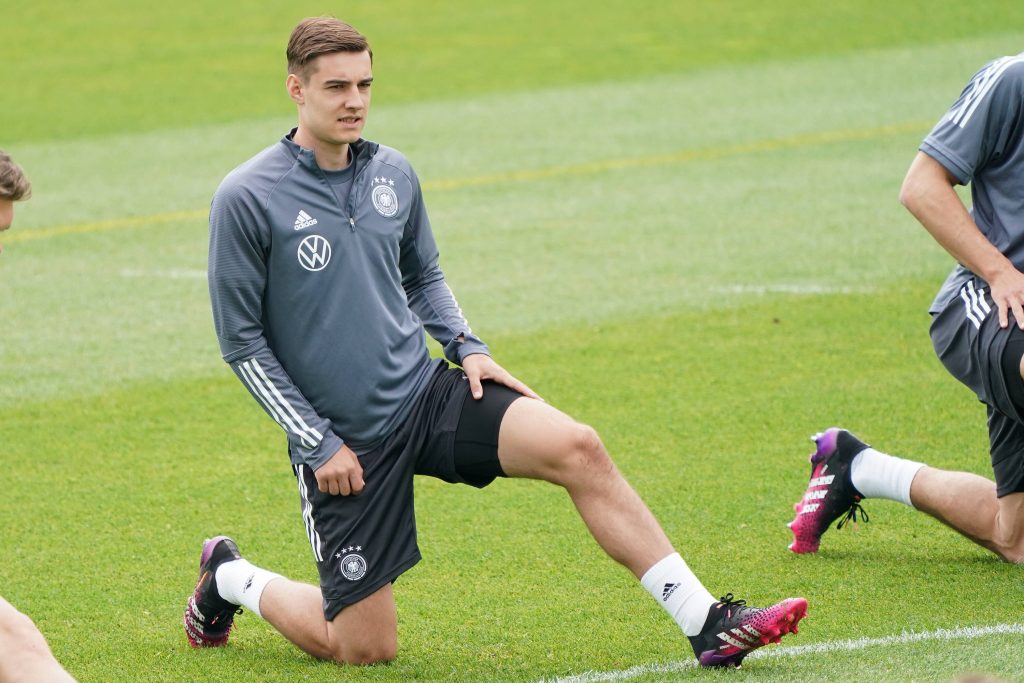 Liverpool fans have taken to Twitter to express their reaction to reports linking the club with a move for Florian Neuhaus this summer.

According to The Mirror, Liverpool have contacted the German outfit Borussia Monchengladbach to sign their highly-rated midfielder.

Liverpool are looking to sign a midfielder this summer, following the departure of Gini Wijnaldum.

The 24-year-old midfielder has a release clause of €40 million (£34.3m), and the Reds are showing keen interest in him.

The German international is currently with the national camp preparing for the European Championships, and any potential transfer move will take place once the competition ends.

He made 33 appearances in the Bundesliga last season, scoring six goals and producing five assists.

Replacing Wijanldum will be extremely difficult, but Neuhaus has all the qualities to succeed at Anfield.

Send Keita the other way and pay less ! #YNWA #LFC

Would be the best midfielder option we have after Tielemans

He is so good. I think he is even better than Tielemans and cost less. Great signing if we could get him! Young baller 🙏😌

Firstly, Klopp has forgotten more about football than you'll ever know. Second, 25 is still young. Third, Klopp and Edwards know what they're doing.

While Liverpool have an in-house replacement in the form of Curtis Jones, Jurgen Klopp still wants more depth in midfield.

Liverpool have a wealth of options in the form of Jordan Henderson, Naby Keita, Thiago Alcantara, Alex Oxlade-Chamberlain, James Milner and Jones.

However, Neuhaus would still be a valuable addition to the squad and could boost Liverpool’s hopes of winning silverware next season.

The German star is adept at nicking goal and is very good at ball retention. He is also good at closing the opposition down and is progressive when in possession of the ball.