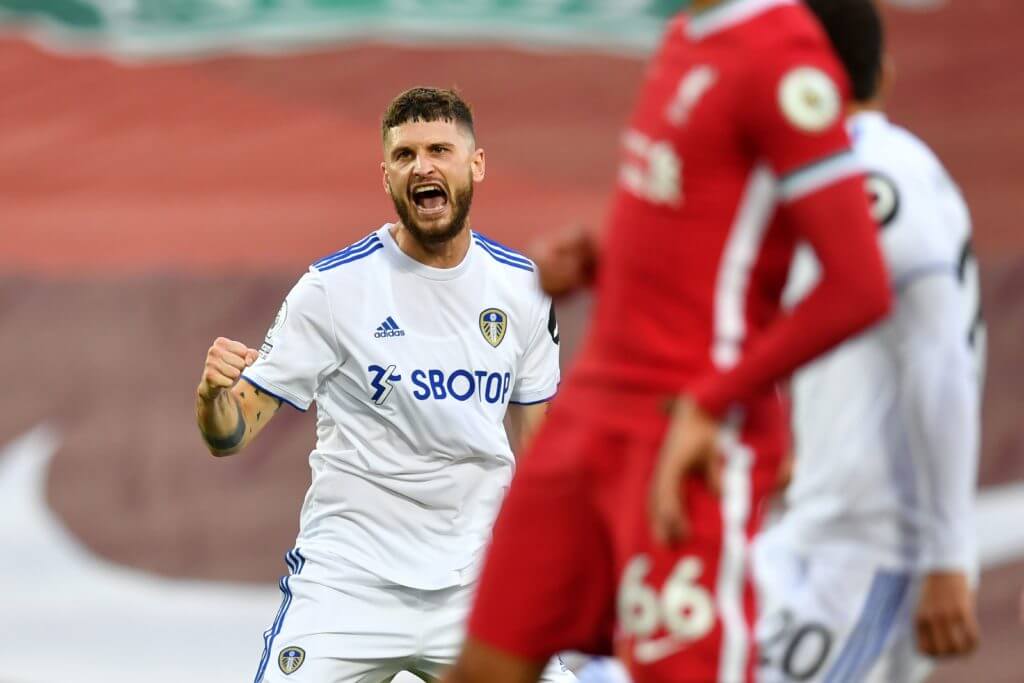 Leeds United suffered an opening day defeat against Liverpool at Anfield on Saturday.

The Whites, who made a return to the Premier League after a long wait of 16 years, matched Liverpool toe to toe as the game ended in a pulsating 4-3 thriller.

Marcelo Bielsa’s side came back from behind three times to equalize, but Leeds were left heart-broken with Mohamed Salah scoring the winning penalty right at the death.

Yesterday, he tweeted that he was ‘devastated’ that Leeds didn’t come out with a point against the Champions, but spoke about plenty of positive signs.

How good of a first game back in the @premierleague was that for @LUFC & @LFC Devastated not to come away with a point but once the nerves left us, the boys really went toe to toe with the premier league champions and looked comfortable to be back! #MOT #LIVLEE

It seems, Beckford is still in a trance after what happened at Anfield yesterday, and has tweeted this morning “what a return to the Premier League’.

Good morning!
Still can’t believe that game last night! What a return to the @premierleague @LUFC
I can’t wait for the fans to be allowed back in stadiums so we can see the atmosphere that games like last night thrive on! Hope you all have a great day #MOT

It was a very good attacking performance from Leeds, although the defending from both the teams could have been better.

A case could be made for Leeds here. Robin Koch made his debut yesterday and hardly trained with his new team-mates. The Germany international will need time to settle in at his new club.

Also, ahead of the match, Leeds suffered a big blow with skipper Liam Cooper missing out through injury, and it forced Bielsa to start with 21-year-old Pascal Struijk who did very well.