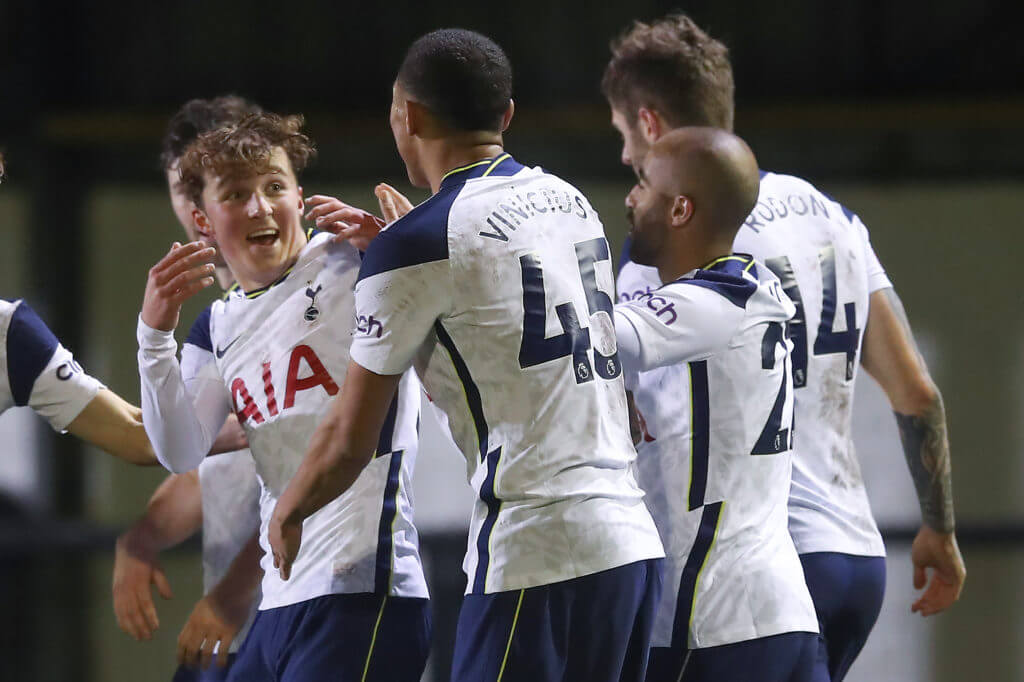 Devine became the youngest ever player (at just 16 years and 163 days old) to represent the senior team when he came on in the second half during Tottenham’s 5-0 FA Cup victory at Marine on Sunday.

The record was previously held by Devine’s academy team-mate Dane Scarlett who featured in the Europa League a couple of months back.

Tanganga, who also came on in the second half for Spurs, has suggested that Devine has impressed everyone at the club. He has hailed the youngster as a ‘really good player’, and feels that there’s more to come from him.

“He’s trained a few times with us and every time he’s come up he’s looked a real spark -he’s doing well,” said Tanganga to Football London.

“When he was coming on [with me at half-time], I just told him, ‘Keep it simple, do what you’ve been doing in training – there’s a reason why you’ve been training up’.

“Today you saw glimpses of his ability, a really professional performance. I’m really happy for him to get his first professional goal. He’s a really good player and there’s more to come as well.”

Devine created another record for Spurs on Sunday night. He became the club’s youngest ever goalscorer as well when he drilled home with a right-footed finish.

Jose Mourinho has also showered praise on the youngster saying he has got great potential.

Devine was signed from Wigan during the summer, and it seems he is making rapid progress at Spurs.

It is indeed a big moment for the youngster, and everyone at Spurs will hope that he gets to play more competitive games in the future.