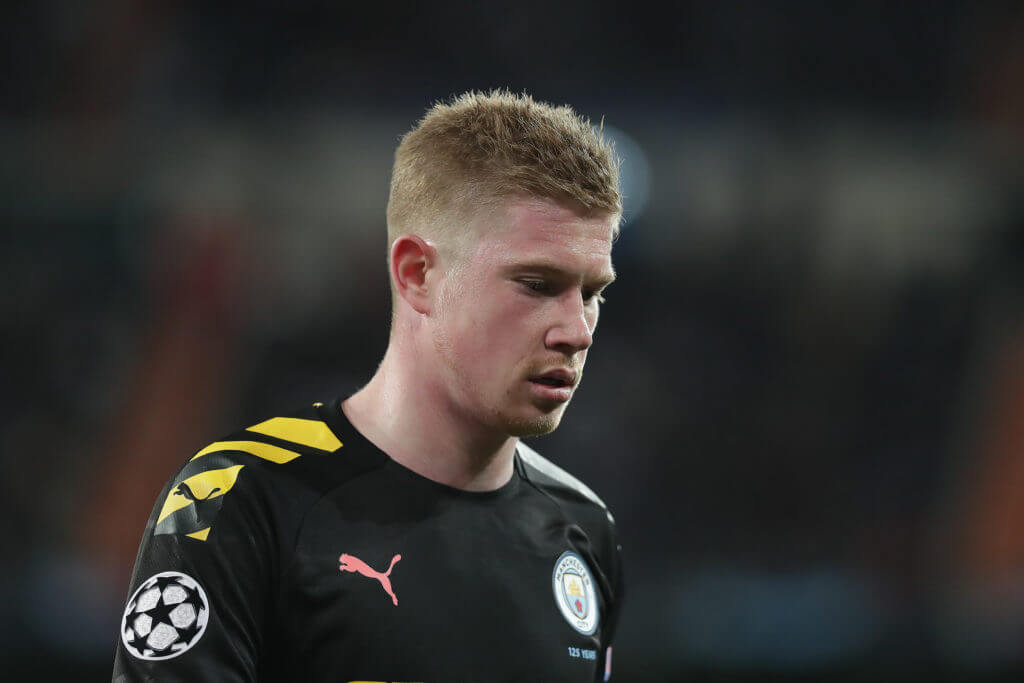 The Sky Sports pundit has also picked Aguero in the front three alongside Liverpool duo Mohamed Salah and Sadio Mane.

The 28-year-old is arguably one of the best midfielders in the Premier League. Carragher has suggested that the Belgium international is the ‘best’ midfielder in the world in his role. De Bruyne has managed to score nine goals and has produced 18 assists in all competitions this season.

The former Liverpool defender has added that De Bruyne will be there in his team even if he is picking World XI and that the City midfielder is ‘as good as anyone’ in the world.

He said: “I do not think I was in a position where I could put the other Liverpool midfield players in, certainly when you have got someone like Kevin De Bruyne, who I think is the best midfield player in the world. If I was picking a world XI, De Bruyne would be in that position. I think he’s as good as anyone, and there’s no doubt he has to go in there.”

The 31-year-old is the club’s record goalscorer and has been in terrific form this season for Manchester City. The Argentine striker has managed 23 goals in all competitions for Pep Guardiola’s side and Carragher has hailed him as an ‘absolute dynamite’.

The Sky Sports pundit has suggested that he even considered Roberto Firmino in that position, but feels the Brazilian hasn’t done enough to get into the team of the year this season.

Carragher added: “It’s the same when I go to the centre forward position. I looked at Aubameyang, Jamie Vardy and Roberto Firmino, but I have gone for Sergio Aguero. Whenever he plays, Aguero is absolute dynamite. At one point, people were talking about Firmino being in this position, but I actually think Firmino has had better seasons. He’s had a really good season but I do not think he’s done enough to get in the team of the year. I went for Aguero, which may be a bit harsh on Vardy.”