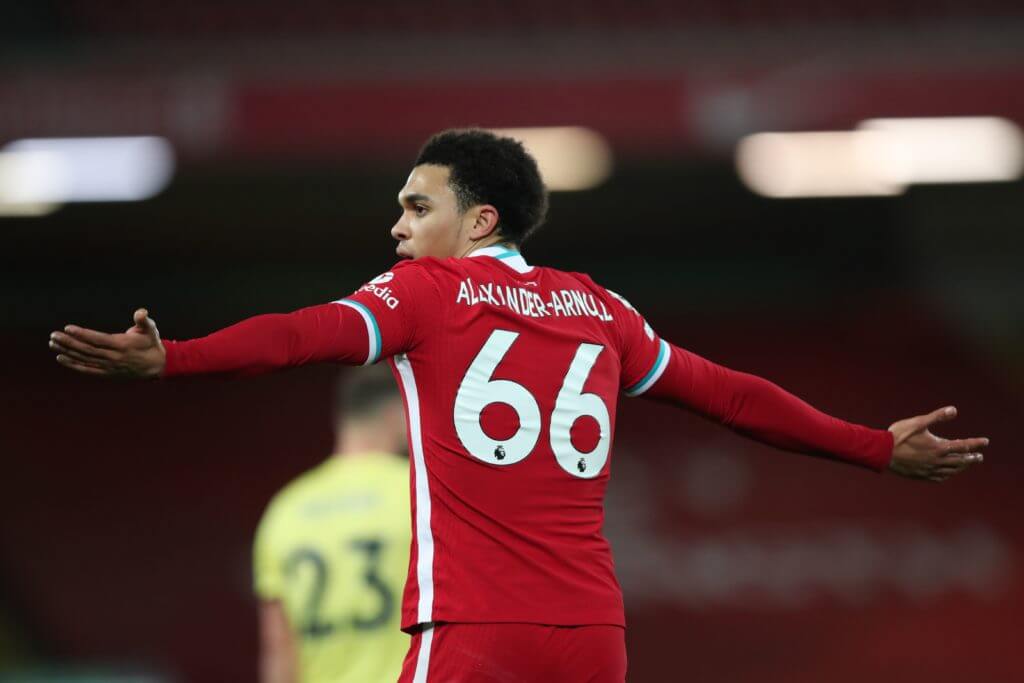 Former Liverpool defender turned popular football pundit, Jamie Carragher, has expressed his concerns after the Reds suffered a 1-0 defeat against Burnley on Thursday night in the Premier League.

Although we’re just halfway through the 2020-21 season, the defeat has come as a crushing blow to Liverpool’s title hopes. The Reds are now six points behind league leaders Manchester United, but Jurgen Klopp must do something to arrest this decline.

Ashley Barnes fired in a late winner from the penalty spot to inflict Liverpool’s first defeat at home and ended a dream 68-unbeaten run at Anfield in the Premier League.

Liverpool could drop to fifth if Tottenham Hotspur win their game in hand. They have now gone five games without a win in the league, and Carragher says the Reds fans will be massively frustrated with the current situation.

The popular Sky Sports pundit has been left stunned that so many Liverpool players are out of form at the moment, claiming the belief in the squad has drained away.

Carragher says the front three of Roberto Firmino, Mohamed Salah and Sadio Mane, and the full-backs – Andy Robertson and Trent Alexander-Arnold – are ‘nowhere near their best’ at the moment.

“I cannot remember a time with so many players out of form at the same time,” said Carragher to Sky Sports.

“Think of the front three and the full-backs in terms of providing quality and assists, things we have seen so often. All five of them are nowhere near their best. It is not just scoring but it is general play.

“Mo Salah comes on and is one on one against the left-back three or four times and just runs straight at him. Firmino’s chance when he comes on. It felt like Alexander-Arnold put so many crosses in and never found someone.

“I think Liverpool supporters will be massively frustrated. This team have done something for this club that nobody has done for so long – brought a title back. They will always be legends in everyone’s eyes.”

Since their 7-0 win against Crystal Palace, Liverpool (and the front three combined) have managed just one goal in the Premier League.

However, a case can be made that without the presence of Jordan Henderson and Fabinho in the middle, Liverpool are struggling to play their normal high-tempo game.

The full-backs, as a result, are struggling to make an impact. Alexander-Arnold attempted 22 crosses last night, but only one managed to find the right player.

The key players need to step up if Liverpool are serious about retaining their Premier League title.