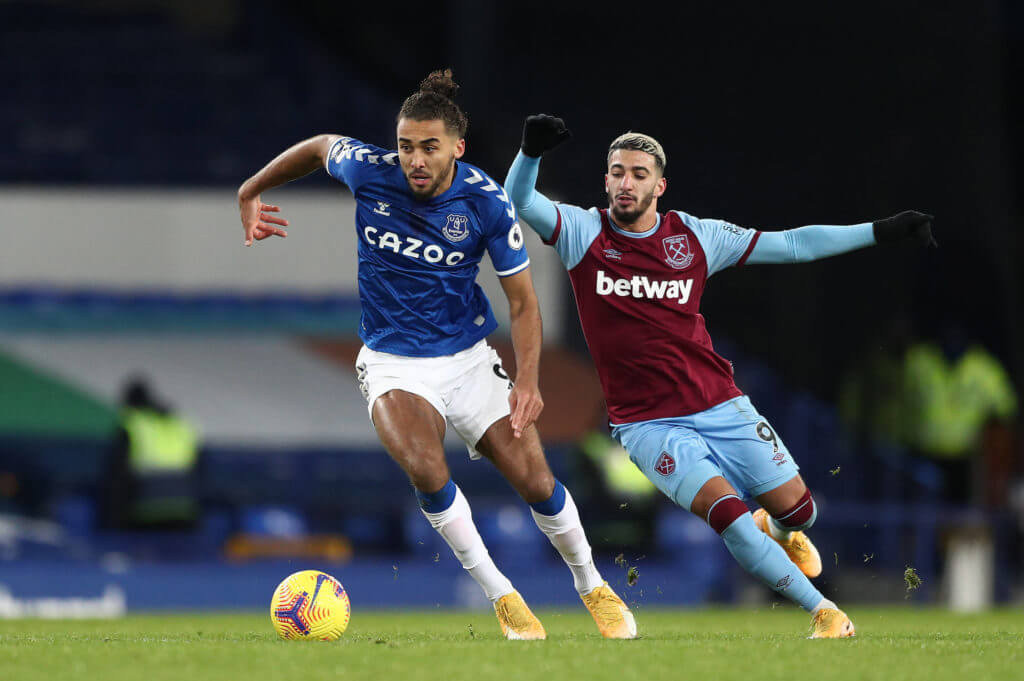 Carlo Ancelotti has claimed that Everton striker Dominic Calvert-Lewin was not completely fit during their Premier League clash against West Ham on Friday night.

The Toffees suffered their first defeat of 2021 after losing 1-0 to West Ham at Goodison Park.

Everton went into the fixture with full confidence after beating the likes of Chelsea, Leicester City, Arsenal and Sheffield United in their previous four games. They remain fourth in the Premier League.

Although Ancelotti refused to give any excuse, he suggested that Everton had several key players who were not at their best physical shape during the game.

He particularly mentioned that Calvert-Lewin faced a problem during the game, and therefore couldn’t deliver with full effort.

Everton enjoyed 60 per cent of possession against the Hammers and had 10 attempts on goal, but they just couldn’t find the net.

“We have players with quality who are not in their best condition, like James and Richarlison, who was coming back from a concussion [suffered against Manchester United nine days ago],” said Ancelotti to the club’s official website.

“Dominic [Calvert-Lewin] had a problem during the game and was not 100 percent.”

However, Everton will be pleased to see the return of Colombian winger James Rodriguez. The former Real Madrid playmaker played the final 26 minutes after being four weeks out with a calf problem.

While the confidence in the team is sky high, it remains to be seen whether the Toffees can maintain the momentum. They will face Wolves and Aston Villa away from home and face Brendan Rodgers’ Leicester City at home in their next three Premier League games.

Calvert-Lewin has been in outstanding form this season, managing 11 goals in the Premier League thus far.