This is our guide to all things Tottenham Hotspur. This article contains everything that you need to know about the club, from its history and famous players, to statistics and rivalries. Once you’ve read this you’ll be a Spurs expert and here at Sportslens you can also find regular Tottenham Hotspur news.

Tottenham Hotspur were founded in 1882, by a group of eleven schoolboys led by Bobby Buckle. They were already members of the Hotspur Cricket Club and formed Hotspur Football Club to play in the winter months. The name ‘Hotspur’ came from the knight Sir Henry Percy, nicknamed ‘Harry Hotspur’, whose descendants owned land in the Tottenham area.

In 1884 the name was changed to Tottenham Hotspur Football Club. It wasn’t until 1921 that the Tottenham Hotspur badge featured a cockerel. Originally they had spurs on their logo, which referred to how Sir Henry Percy used his spurs to make his horse go faster as he rode into battle and was how he earned his nickname. Spurs are also associated with fighting cocks and over time a cockerel sat on a ball, became the club’s emblem.

Tottenham Hotspur experimented with various different colours and designs of kit until 1989-99, when they switched and settled to a kit comprising of white shirts and navy blue shorts. While the Tottenham Hotspur shirt for home games has remained consistent, the club have switched between having white and navy socks and in European games, they traditionally wear an all-white kit.

The Tottenham Hotspur away kit is traditionally blue, while yellow is also a colour that has frequently been used. However, in recent years the club have experimented with a wide range of colours.

Tottenham Hotspur were the first team to win the double of the Division One title and the FA Cup in the 20th century, when they won both trophies in the 1960/61 season. Two years later they became the first English team to win a European trophy, when they lifted the European Cup Winners’ Cup in 1962-63.

The trophy that they have won the most often is the FA Cup, with Spurs taking home the trophy on eight occasions. In recent years trophies have been scarce, but Tottenham Hotspur have become regulars in the Champions League, reaching the final in 2018-19.

If you want to place a Tottenham Hotspur bet this season, then this is the section for you. Below are all the odds for Spurs to win the various competitions that they’re involved in.

There are some very talented players in the current Tottenham Hotspur squad. We’re going to run through the squad by position, while also taking a look as some of the legends that have played for the club in the past.

Tottenham Hotspur Players with Most Appearances

The club has has many loyal players that have amassed hundreds of appearances. Here are the top ten players who have played the most Tottenham Hotspur matches.

Tottenham Hotspur are one of the richest clubs in the world and with their new stadium generating lots of money, have been splashing the cash. Below is the list of the most expensive Tottenham Hotspur transfer signings.

At one point the sale of Gareth Bale to Real Madrid was the biggest transfer fee ever received by a club. Here are the top ten biggest players sales by Tottenham Hotspur.

Bill Nicholson stands head and shoulders above every other manager of Tottenham Hotspur football club. With a league title, three FA Cups, two League Cups, a European Cup Winners’ Cup and a UEFA Cup, Nicholson is by far the most successful manager that the club have ever had. Here is the full list of Tottenham Hotspur managers. 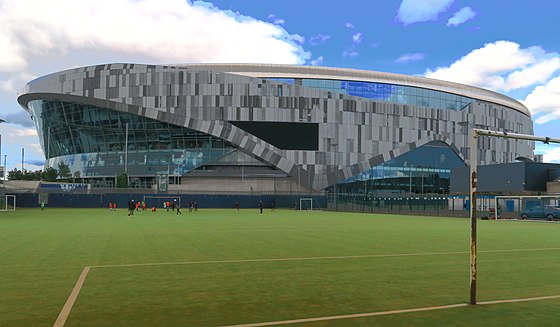 In this section we’re going to take a look at and the biggest rivalries of Tottenham Hotspur.

There is no bigger foe for Tottenham Hotspur than Arsenal. The Tottenham Hotspur vs Arsenal fixture is known as the North London Derby. Arsenal were originally based in South London, but moved to Highbury in 1913, just four miles from White Hart Lane, which properly began the rivalry between the clubs.

Tensions were exacerbated in 1919. After the World War I the First Division was being expanded by two teams and a vote was held to determine who those sides had been. Tottenham Hotspur had finished bottom of the 20-team First Division in the last season before the war and the vote was expected to be between them and Barnsley, who had finished between third in Division Two. Yet Arsenal also applied and despite finishing sixth in Division Two, were awarded the promotion, with Tottenham Hotspur relegated.

The antipathy between the clubs has only grown over the years, perhaps peaking when the Spurs captain Sol Campbell left the club to join Arsenal on a free transfer. Here is the breakdown of Tottenham Hotspur results in the North London Derby.

Another intense London rivalry exists with Chelsea. A survey revealed that though Spurs supporters consider Arsenal to be their main rival, Chelsea fans picked Tottenham Hotspur to be their biggest rival.

Tottenham Hotspur and Manchester United were two of the best teams in England during the 1960s. There were also fairly evenly matched in the 70s and 80s, but this changed when Manchester United began to have major success under Alex Ferguson in the 90s and beyond. One of the many trophies won by Ferguson was the 2009 League Cup final, when they defeated Tottenham Hotspur in the final.

If wasn’t until Ferguson left that Tottenham Hotspur were able to compete against the Manchester club and regularly finish above them in the Premier League. Here is the complete record of results between the teams.

Another club that have been far more successful than Tottenham Hotspur over the decades are Liverpool. Again, things have evened up over recent years, but Liverpool then moved to another level under Jurgen Klopp.

Liverpool have twice won finals against Tottenham Hotspur, first winning the League Cup Final of 1983 and then more recently, the Champions League final of 2019. Here is the breakdown of results between the clubs.

Man City might be the most successful club in England since Pep Guardiola took charge, but Tottenham Hotspur have managed to be a thorn in their side, beating them several times, including both Premier League games in the 2021-22 season.

A third London club that consider Tottenham Hotspur to be their main rival are West Ham. The Hammers are based in East London and over the years, its Spurs in North East London that have tended to be their closest team geographically.

West Ham and Tottenham Hotspur have been playing each other since before the clubs even entered the Football League. Here is the full breakdown of results.

Read review
Visit BetUK
Learn More Close Learn More
18+ BeGambleAware.org, T&Cs apply. Full T&C’s Apply. New customers on mobile only. 7 days to claim and stake £10 minimum bet at odds of 1.5 or greater to qualify. Free, void, cashed out or partially cashed out bets do not qualify. Max 3x £10 free bets credited on bet settlement. Free bets must be used on 4 or more selections with selection odds of 1.3 or greater. Free bets are non-withdrawable and stake not returned with winnings. 7 day expiry
£10
UKGC

Tottenham Hotspur are owned by the ENIC Group. ENIC have owned the club since 2001, with Daniel Levy acting as the club chairman since they took control of Spurs from Alan Sugar.

What does the name Hotspur mean?

Tottenham Hotspur are named after the English knight Sir Henry Percy, who was nicknamed ‘Hotspur’. Henry Percy’s descendants owned land around the club’s first home in the Tottenham Marshes.

When were Tottenham Hotspur last relegated?

Tottenham Hotspur were last relegated when they finished bottom of the First Division in the 1976-77 season. They returned to the top flight at the first attempt in 1977-78 and have remained there ever since. Spurs are one of six clubs not to be relegated since the Premier League was formed.

Have Tottenham Hotspur ever won a trophy?

Tottenham Hotspur have won league title twice. They have won the FA Cup eight times and the League Cup four times. Spurs were the first English club to win a European trophy when they lifted the European Cup Winners’ Cup and have also won the UEFA Cup twice.