The Best Soccer Cleats, Worn By The Best Footballers 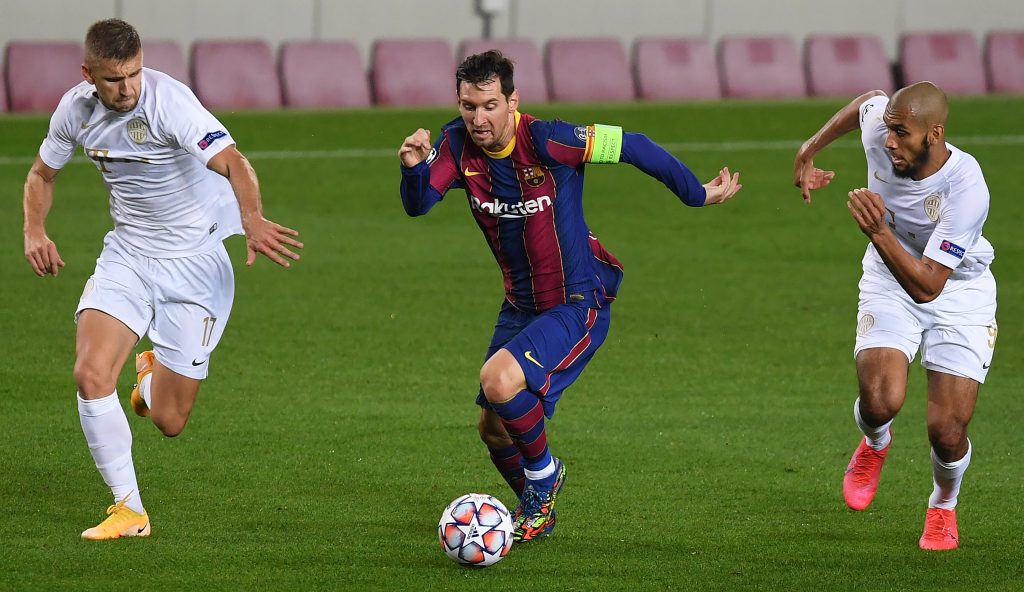 When shopping for the best soccer cleats, buyers can compare different soccer shoes on price, brand or even their favourite footballers.

The last decade of football has undoubtedly been dominated by two superstars – Lionel Messi and Cristiano Ronaldo.

Debates over who is the most outstanding player regularly divide opinion and will continue long after the pair have hung up their scoring shoes.

There is also a new kid on the block in the shape of Neymar, with the Brazilian forward widely rated as the ‘best of the rest’ in terms of playing ability.

With regards to their soccer cleats, Messi and Ronaldo have had long-standing relationships with two of the best sportswear manufacturers in the world – adidas and Nike.

Neymar was also previously with Nike, but recently ended his 15-year association with the company to sign a new deal with Puma.

The Paris Saint-Germain star will wear Puma King Platinium soccer cleats for the 2020/21 season, following in the footsteps of Pele who also wore the boots.

Messi is wearing adidas Nemeziz 19.1 this term, and donned a signature edition of the boots in his team’s 5-1 victory over Ferencvaros in the Champions League.

Ronaldo is using the Mercurial Superfly VII Elite CR100 which sees Nike revisit the ‘Safari’ design that proved to be hugely popular a decade ago.

Read on as we look at some of the previous soccer shoes worn by Messi, Ronaldo and Neymar that helped them achieve significant success.

One of the best boots worn by Messi are the blue F50.9i boots he used during Barca’s hugely successful 2008/09 campaign.

The Argentinian played an integral role as the team won the Champions League, La Liga and Copa del Rey to secure the first treble in Spanish football history.

He famously celebrated scoring the second goal in the Champions League Final against Manchester United by removing his boot and kissing it – great advertising for adidas!

Messi bagged 38 goals with 18 assists in 51 appearances in all competitions and ended the year by winning the first Ballon D’Or of his career. 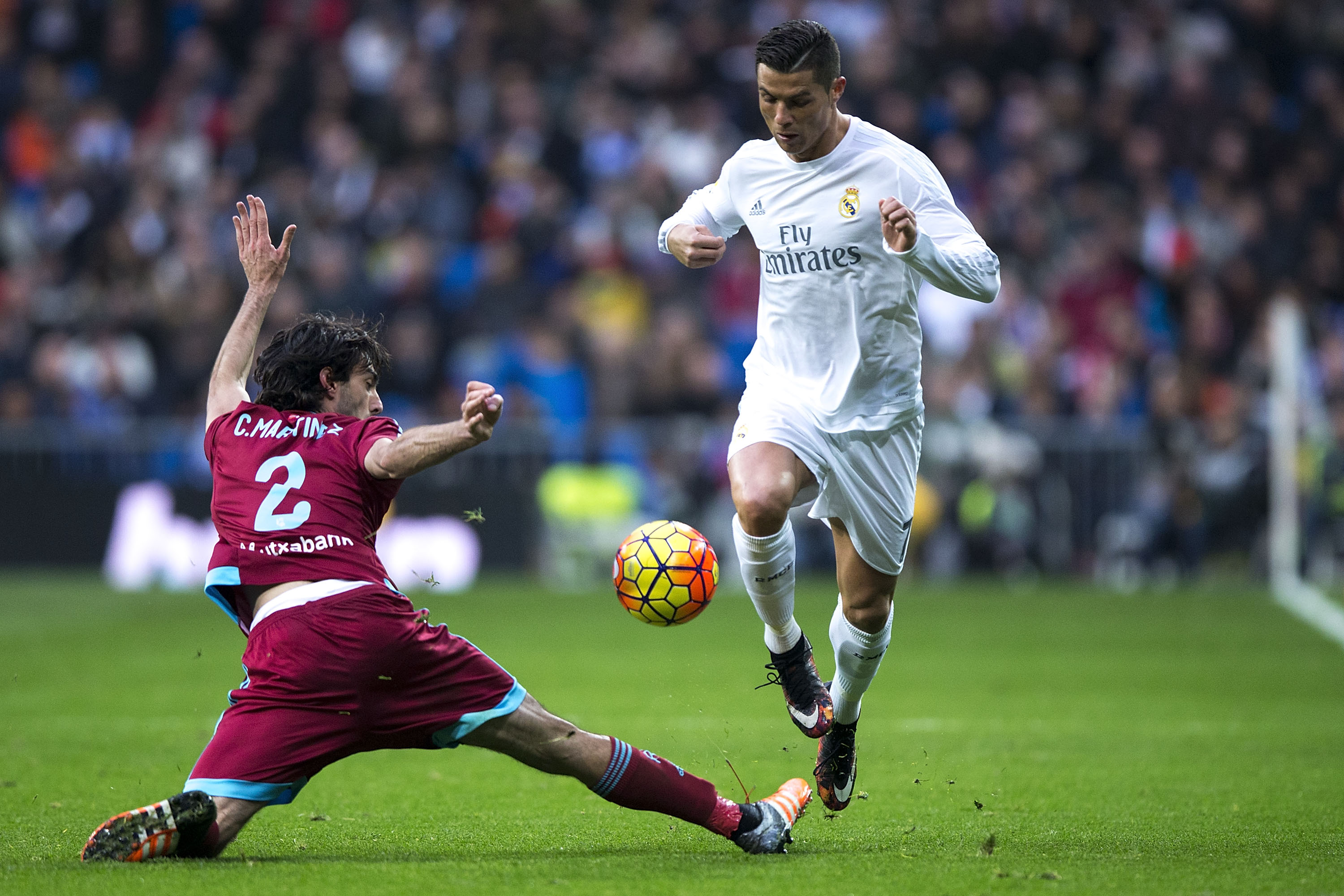 Inspired by Madeira, the volcanic Portuguese island where Ronaldo was born, the Mercurial Superfly IV CR7 Chapter 1: Savage Beauty proved to be a lucky charm for the forward.

He bagged 11 goals during the group stage of the Champions League to set a new record in the competition and added a further five during the knockout phase.

Ronaldo then helped Madrid claim their 11th Champions League title with the decisive penalty against Atletico Madrid in the final.

He ended the campaign with a staggering 51 goals in 48 appearances to highlight just how effective his soccer cleats had been.

Neymar put the disappointment of the 2014 World Cup firmly behind him by showcasing his talents to perfection with Barcelona.

He combined brilliantly with Messi and new signing Luis Suarez to make Barca the most potent attacking force in Europe.

His striking Nike Hypervenom Phelon boots helped Neymar bag 39 goals in 51 appearances as the Catalan giants swept to the treble.

His tally contributed to an unprecedented total of 122 goals in all competitions for the trio to set a new record in Spanish football history.

Messi’s accomplishments during the 2011/12 season were the perfect showcase for the adidas F50 Adizero boots.

While Barca came up short in La Liga and the Champions League, it certainly wasn’t for want of trying on Messi’s behalf.

He netted 73 goals and created 31 more in 60 appearances to become Barca’s all-time leading scorer and claim the third Ballon D’Or of his career.

The design aimed to depict a hot iron being forged into shape, an element that was a nod to Ronaldo’s time at Manchester United under Sir Alex Ferguson.

Launched in April 2017, it wasn’t long before the fiery orange and red colours of the boots were making their mark on the highest stage.

Ronaldo wore them in the Champions League Final against Juventus in Cardiff, scoring twice in a comfortable 4-1 victory. 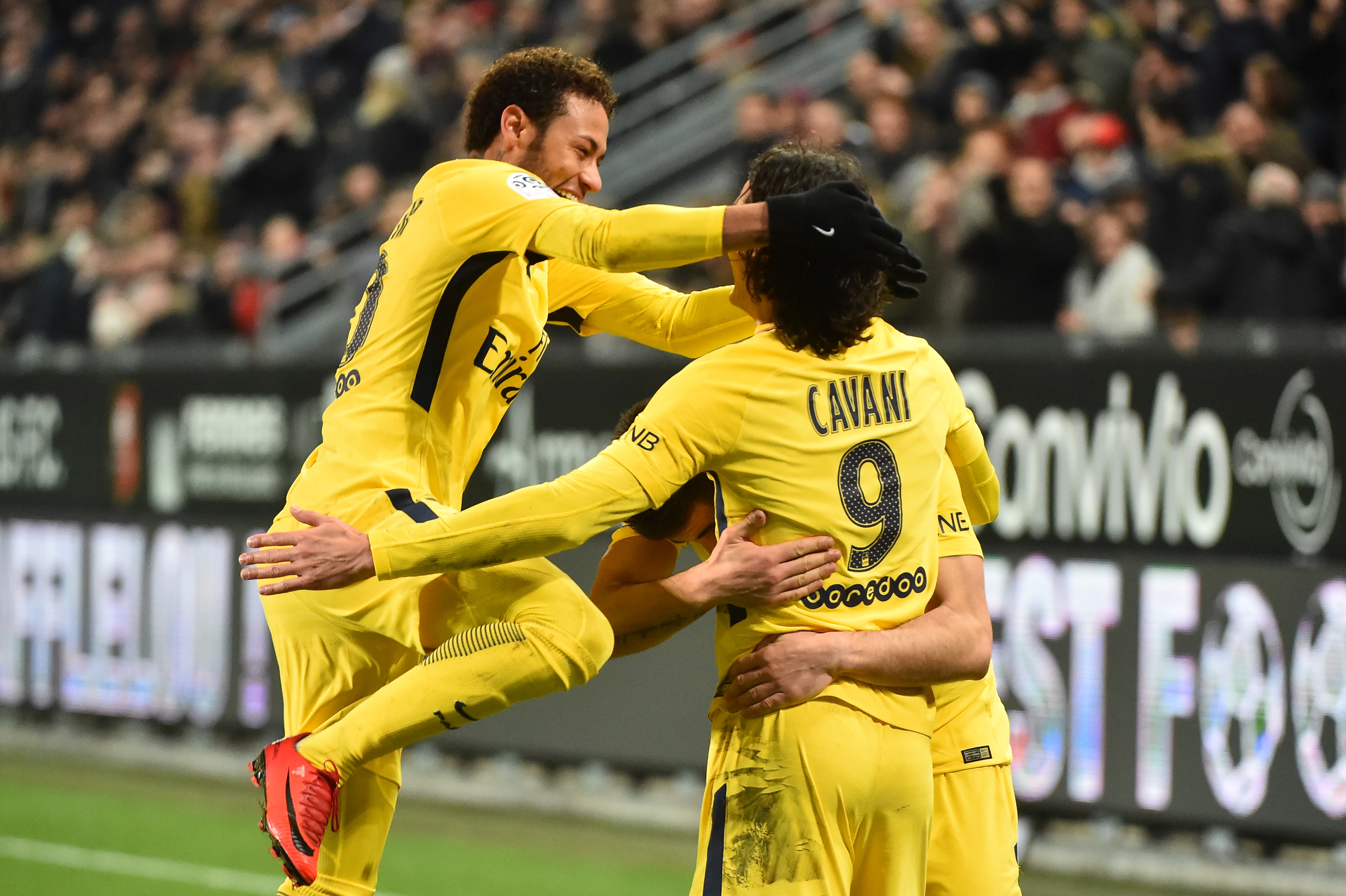 Neymar embraced a new challenge in the summer of 2017 by agreeing a world-record £198 million transfer from Barca to PSG.

The stunning move coincided with the release of his first ever signagture edition soccer cleats – the Nike Mercurial Vapor: ‘Written In The Stars’.

Neymar forged a prolific attacking trio wuth Kylian Mbappe and Edinson Cavani, before a metetarsal injury cut short his season towards the end of February 2018.

He ended the campaign with 28 goals in 30 appearances in all competitions to help PSG sweep the board domestically.

The stunning Adidas Adizero IV boots were particularly eye-catching, with the predominantly gold design helping them to stand out from the crowd.

The footwear worked the oracle as Messi bounced back from his disappointment with Argentina in the 2014 World Cup final to enjoy one of his best-ever seasons with Barca.

He helped the club clinch a historic second treble, became the all-time top scorer in La Liga and netted crucial goals in the biggest games.

He ended the campaign with 58 goals in 57 appearances to further cement his status as one of the best players in the history of football.

Ronaldo raised plenty of eyebrows in July 2018 as he embarked on a new adventure with Italian giants Juventus.

He won his first trophy with the club the following January, scoring the only goal of the game against AC Milan in the Supercoppa Italiana.