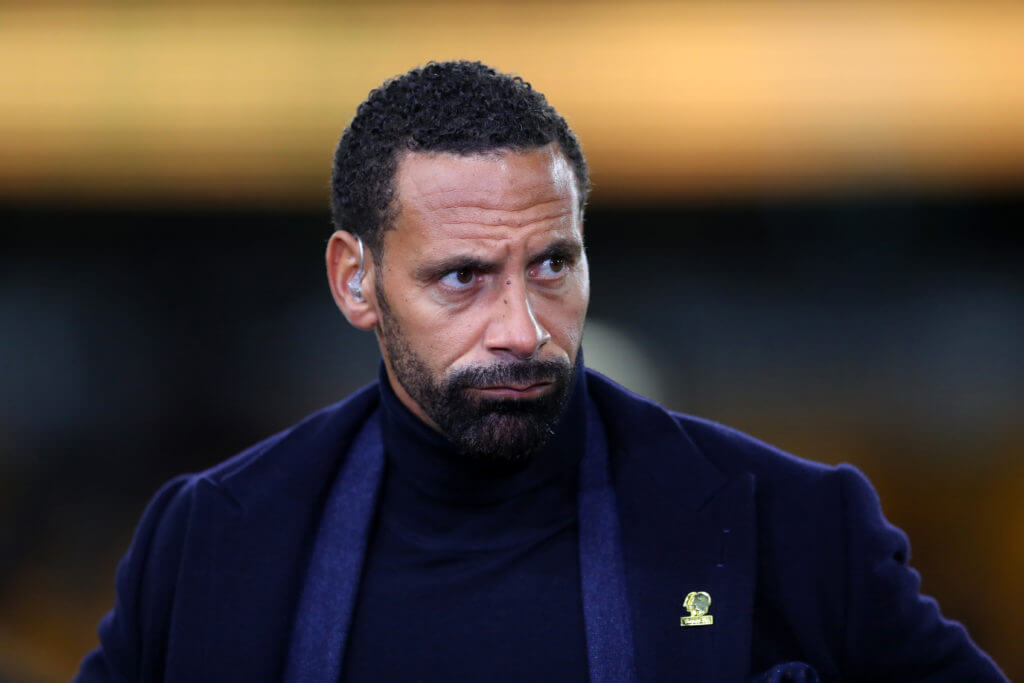 Ferdinand initially claimed that the league should be finished but with the global health pandemic taking a turn for the worst, he now feels the football governing body should void the league.

Football in the UK has been postponed till April, but it could be extended further as the UK government has declared a complete lockdown on the country in order to get rid of the Coronavirus.

Ferdinand feels that the option of playing behind closed doors is also a bad idea at the moment. He feels that the talks of handing Liverpool the title or clubs getting promoted or relegated should not be entertained and that football should take a backseat in this life and death situation.

“I just think the Premier League should just be voided,” said Ferdinand to The Mirror. “Just void it.

“I know there are going to be a lot of Liverpool fans going ‘Oh Rio, it’s just because you support Manchester United and it’s Liverpool’.

“It’s not that, it’s just that I don’t see a way that it can be done, where health isn’t compromised. Simple as that. All this behind closed doors business, you’re still going to have the players there. What, are the players not classed as part of society?

“There are players who are going to go down lame from the illness, who might not have recovered or who will catch it from someone. Then it spreads to other players, so it won’t be fair, it’s not a level playing field, I just don’t feel it’s right. And there’s going to have to be people in that stadium to man the stadium – security, etcetera, as well in there, which puts everyone at risk.

“This is about life and death situations, about society and the wider grand scheme of things. So, football, it ain’t that serious in that sense.

“Listen, we all love it. I love football, we all love it. But it ain’t life or death. When it comes to matters like these, you’ve got to put people’s health before anything and I just think that’s the way it should be.

“Start the season with a clean slate. Once this health situation is all ironed out, all sorted out, then we can start a new season, because I just don’t see it happening in that time.”

While Ferdinand is absolutely spot on about the global situation, the idea of declaring the season void is absolutely ludicrous. He speaks of starting from scratch once the situation subsides, but it’s strange that he doesn’t feel like ending the league that is just nine games away from completion.

Liverpool are not only 25 points above second-placed Manchester City, but they are also just two wins away from lifting their first Premier League title in 30 years. Similarly, it will be too harsh to discard a season leaving the Championship clubs like Leeds and West Brom in limbo.

The EFL is committed to completing the season once the situation subsides, and that should be the only way in putting the system right. Surely, Leeds and Liverpool fans will not entertain his suggestion at all.