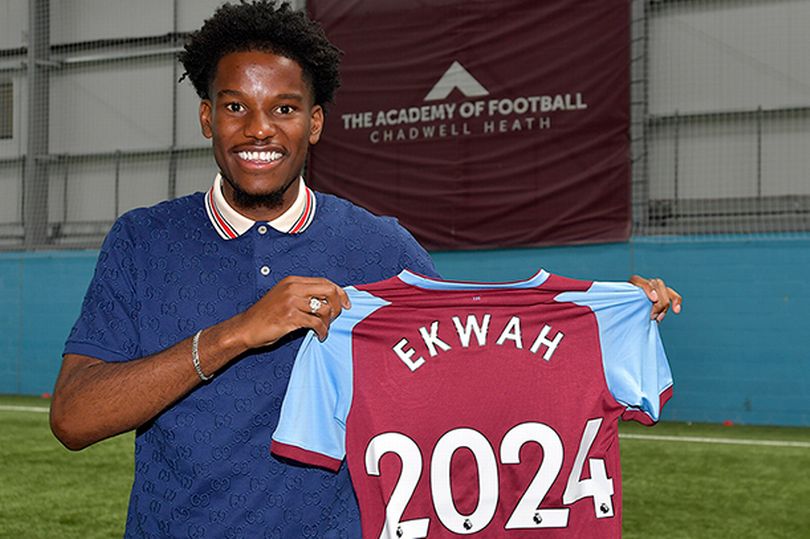 West Ham have announced that they have signed promising midfielder Pierre Ekwah from Chelsea for an undisclosed fee, as per their official website.

The 19-year-old has been rewarded with a three year deal at the London Stadium after having impressed in a trial with the Hammers.

During his trial, he scored against Arsenal in a Premier League 2 Division 1 match.

The Frenchman joined Chelsea in 2018 but failed to graduate to the Blues first-team. He is set to be integrated into the club’s youth ranks to continue his development.

Ekwah will be an interesting player to keep an eye out for, but it appears unlikely that he will be integrated into the Hammers first-team just yet.

It may be a good idea for the club to consider sending him out on loan to acquire more experience while also gauging his development.

Ekwah becomes the second promising youth that the Hammers have acquired this summer after they also signed Thierry Nevers.

Meanwhile, there is no doubt that David Moyes will be looking to improve his squad before the start of the new season as they begin preparations for Europa League football.

One of the players whom the Hammers have been linked with is Juventus’ Aaron Ramsey.

After failing to capture the Champions League or Serie A last season, the Welshman could be one of the players that the Italian giants are prepared to part ways with.