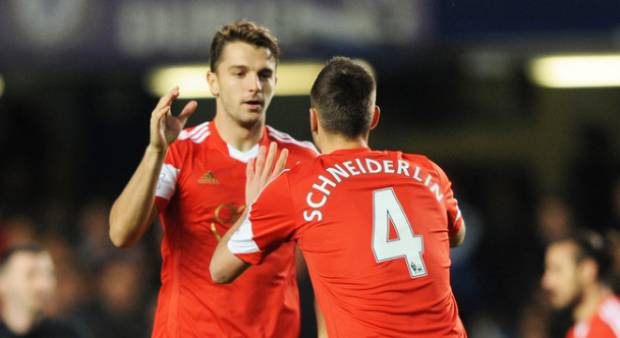 According to The Mirror, Mauricio Pochettino has called for a significant change in his squad after a stuttering start to the season.

After 15 games in the league, Spurs sit in 10th place having won only 6 games. Questions continue be asked especially about their home form as they have only picked up 10 out of 24 points at White Hart Lane.

Pochettino has told chairman Daniel Levy, recruitment expert Paul Mitchell and technical director Franco Baldini that he needs a new centre back, centre midfielder and striker in January. It is believed that he will have the board’s backing as they plan to let go of several players including: Mousa Dembele, Aaron Lennon, Jan Vertonghen and Emmanuel Adebayor.

As their replacements, they will target Southampton’s Jay Rodriguez, Morgan Schneiderlin and Napoli’s Raul Albiol. Despite almost forcing a move to Spurs in the summer, Schneiderlin stayed with the Saints and continues to be one of the most influential players in their team. Rodriguez was enjoying a great 2013/14 season with rumours about him making it into the England World Cup squad. Unfortunately he got a serious knee injury injury in April and has not played in the league since.