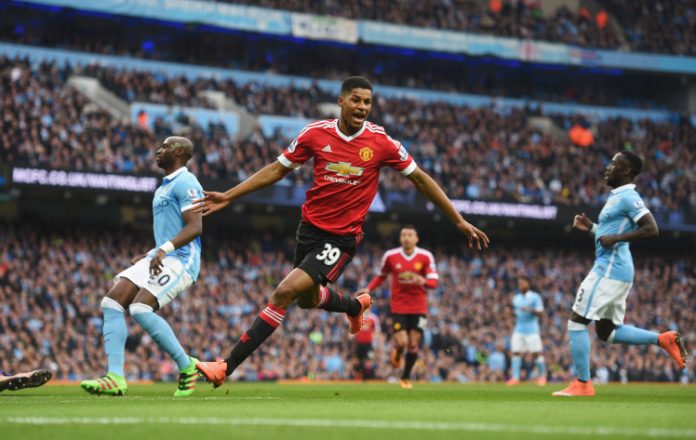 Champions League football is in high demand and in the Premier League it looks like three teams are set to battle it out for the one remaining spot in the top four.

Manchester City, United and West Ham are within three points of one another with seven games remaining, with some appealing offers at signupbonuses.co.uk for those that want to have a bet on who will finish fourth.

City remain the favourites to seal a place in Europe’s top tournament, despite their alarming dip in domestic form over recent times.

Manuel Pellegrini’s men are still in Europe, which could act as a distraction, but the return of Kevin De Bruyne from injury and the fact that they currently hold the position gives them a certain edge.

The Chilean boss will be keen to leave the Etihad Stadium club in a good state this summer and City are available at odds of 1/2 to finish in the top four.

United have been underwhelming this season under Louis van Gaal but have given themselves a fighting chance of salvaging a top-four finish with improved results of late.

A 1-0 win against City, courtesy of a solitary Marcus Rashford goal, keeps the Red Devils’ dreams alive and they are currently only a point adrift of their cross-town rivals.

A win over Everton has helped build momentum but the Old Trafford outfit face a tricky trip to face Tottenham at White Hart Lane this weekend.

For Van Gaal to get United into the Champions League comes in at odds of 6/4.

Few would have predicted at the start of the season that West Ham would be fighting for a top-four berth with seven games remaining, but the Hammers are deserved of their lofty sixth place currently.

The arrival of Slaven Bilic and inspired recruitment of Dimitri Payet and Manuel Lanzini has revolutionised the London club, who are currently three points adrift of City.

West Ham host Arsenal at the Boleyn Ground this weekend and need three points to keep the pressure on – the Hammers are at odds of 14/1 to finish in the top four.

The race for the top four is set to go down to the wire – but who is your money on? To get all the best sign-up bonuses to place your bet visit www.signupbonuses.co.uk today.