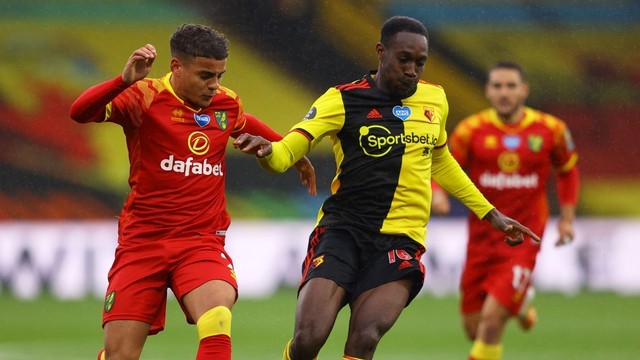 Southampton are interested in landing the signature of Danny Welbeck from Watford this summer, a report from The Sun claims.

The England international joined the Hornets on a free transfer from Arsenal last summer and he experienced another injury-plagued season as he made only 20 appearances.

While the Hornets were relegated from the Premier League, he managed to end the season on a good note with a couple of goals and an assist from the final five games.

It is now reported that Welbeck is keen on parting ways with the Hornets and he is available for just £5.5m due to a relegation release clause on his contract.

The Saints are currently leading the pursuit of his services and manager Ralph Hassenhuttl is said to be an admirer of his ability to play out wide or lead the line.

Danny Ings and Che Adams are presently the regular choices for the striker positions with Shane Long and Michael Obafemi providing the back-up off the bench.

However, Obafemi has been linked with a possible exit with Aston Villa and West Bromwich Albion among the sides prepared to offer him regular playing time.

In case he leaves, Hassenhuttl would definitely want another option in reserve and Welbeck with his experience could be a quality addition to the squad.

His injury record has been a concern over the past five years, but he can be regarded as a bargain signing for £5.5m, if he is able to remain unscathed.