When Liverpool dismantled Arsenal last season at Anfield, 5-0, many fans across the globe thought the time had finally come to claim their 19th league title, and draw back on level terms with Manchester United. The fluidity and menace posed by Brendan Rodgers’ side was unlike anything the league has seen before, with not even the great Liverpool sides of yesteryear able to play at such a vibrant, devastating tempo. But while the 2013/14 side fell at the final hurdle, the enduring legacy of the past glory years remains, with fans at Anfield still proudly displaying their classic Liverpool kits in a bid to inspire the team of today to further success and silverware tomorrow.

Choosing your perfect retro Liverpool shirt is tricky, with so many years brimming with success, and so many different takes on the classic red look. With this in mind, CampoRetro.com have taken it upon themselves to provide you with an extensive wardrobe, and with licensed naming and numbering and original logos available, its never been easier to pick up a classic Liverpool kit. Check out five of the best below: 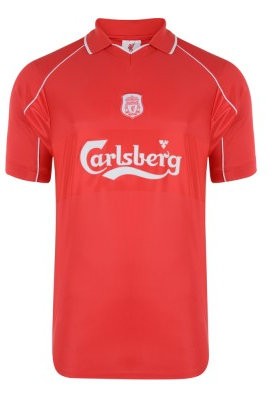 If Carlsberg did trophy hauls… 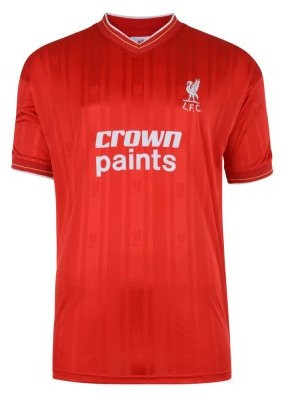 Spurred on by the ravenous Ian Rush, Liverpool secured yet another domestic double triumph, with the club beating arch-rivals Everton in the FA Cup final, just weeks after being crowned champions of England for the sixteenth time. 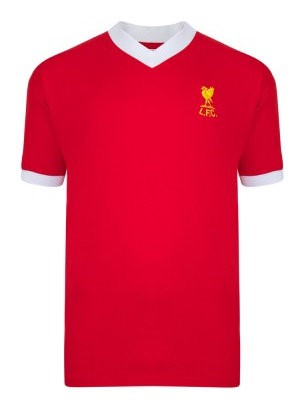 Kenny Dalglish, wearing this classic Liverpool shirt, scored the winning goal of the 1978 European Cup Final against Club Brugge at Wembley. It was yet another year of great success for the club, as Liverpool successfully defended their European crown, with Jimmy Case and aforementioned Dalglish both consistent goal-getters for Bob Paisley’s side during the competition.

A classic Liverpool kit, and one that will be so very familiar to die-hard Liverpool fans everywhere! 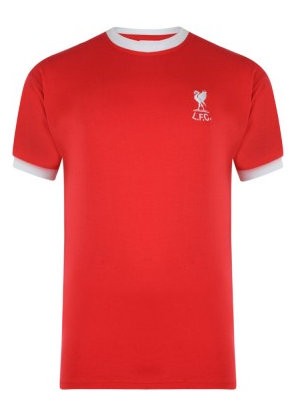 A third league championship under Bill Shankly, and a dramatic UEFA Cup win over Borussia Mönchengladbach; Liverpool’s 1973 was another year of real success, with the diminutive Kevin Keegan scoring twice in the first leg of the final in Europe, and helping his side to their eighth top flight English title. 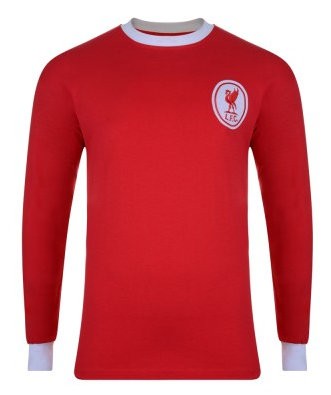 A record breaking year for Bill Shankly’s boys, securing the English first division with a club record 92 goals, Roger Hunt bagging 31 and Ian St John 21. A truly classic Liverpool strip, why not have the name of captain Ron Yeats emblazoned across the back, with name and numbering always making a shirt that little bit more special.