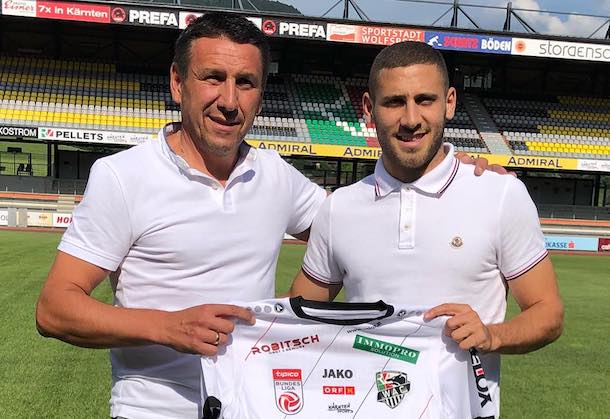 Premier League rivals Chelsea and Leicester City are also interested in getting the signature of the 23-year-old forward who plays for Austrian outfit Wolfsburger.

The Israeli forward is enjoying a rich vein of form at the moment and has impressed in the Europa League campaign this season.

He has scored 17 goals in 13 games this season and grabbed the attention of top clubs in Europe with his virtuoso performance in 4-0 away win against Borussia Monchengladbach in September, where he scored twice.

He has joined the Austrian club this summer, and it seems top Premier League clubs are keeping tabs on his progress already. If he keeps on hitting goals, his stay at the club could be a short one.

West Ham, Chelsea, Leicester and Tottenham have all been keeping close tabs on Weissman in recent weeks.

The Hammers have signed Sebastien Haller this summer by paying a premium fee, while Leicester have a top-class striker in the form of Jamie Vardy. However, both West Ham and Leicester need quality in reserve and therefore could make a move for Weissman.

Spurs are struggling at the moment, and they do need another striker who can really challenge Harry Kane for a place in the starting XI.